All the fashion-photographers were lined up inside the beautiful Hotel Salomon de Rothschild in Paris, ready to shoot the mens-wear fall/winter 2013-14 collection. So was I. 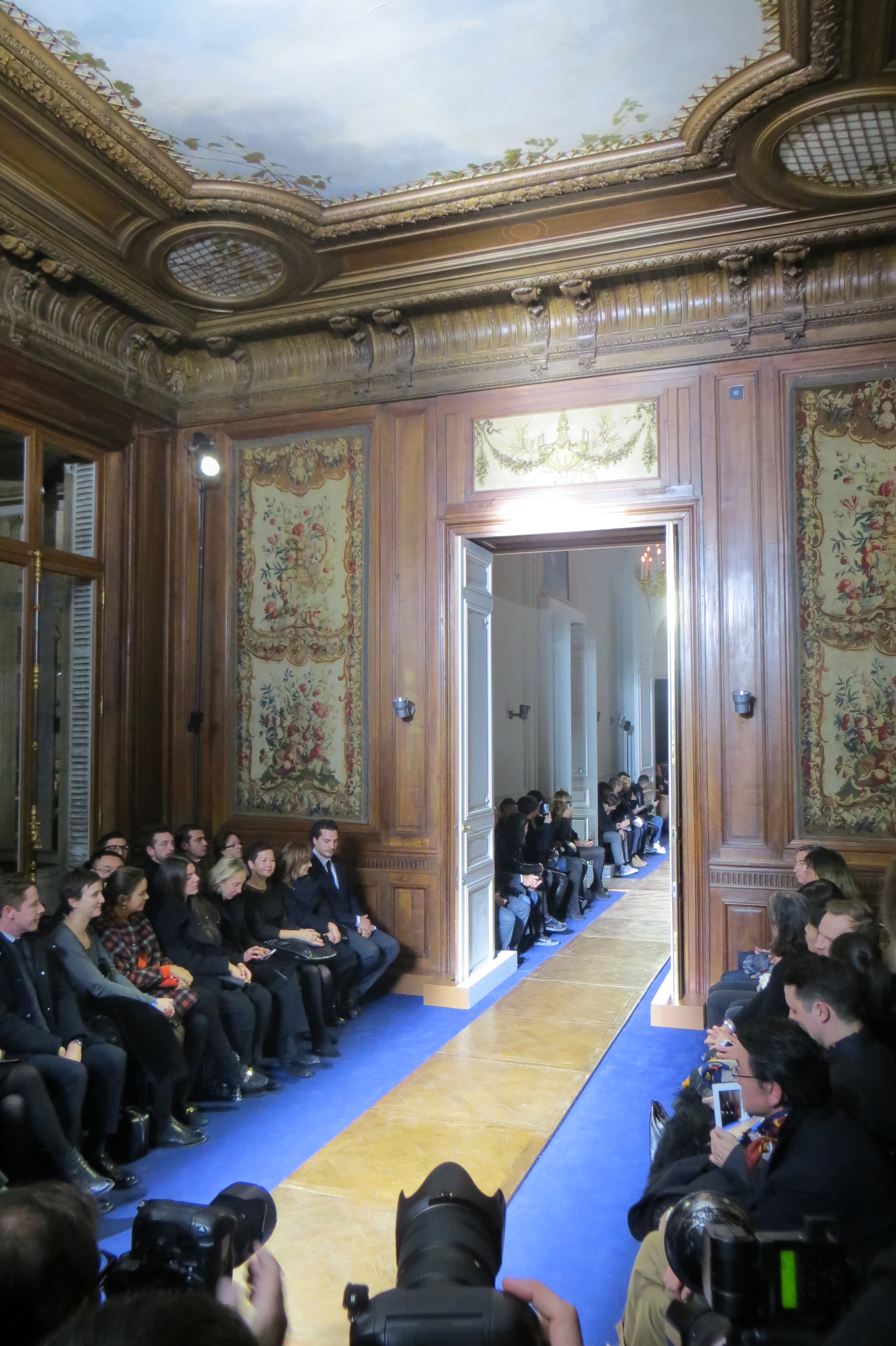 I really liked this collection: The Fall/Winter 2013-14 collection had a modernist touch based on a search for clarity and simplicity: A signature of the Valentino man. An unexpected variable – distinct sensuality – also came into play. 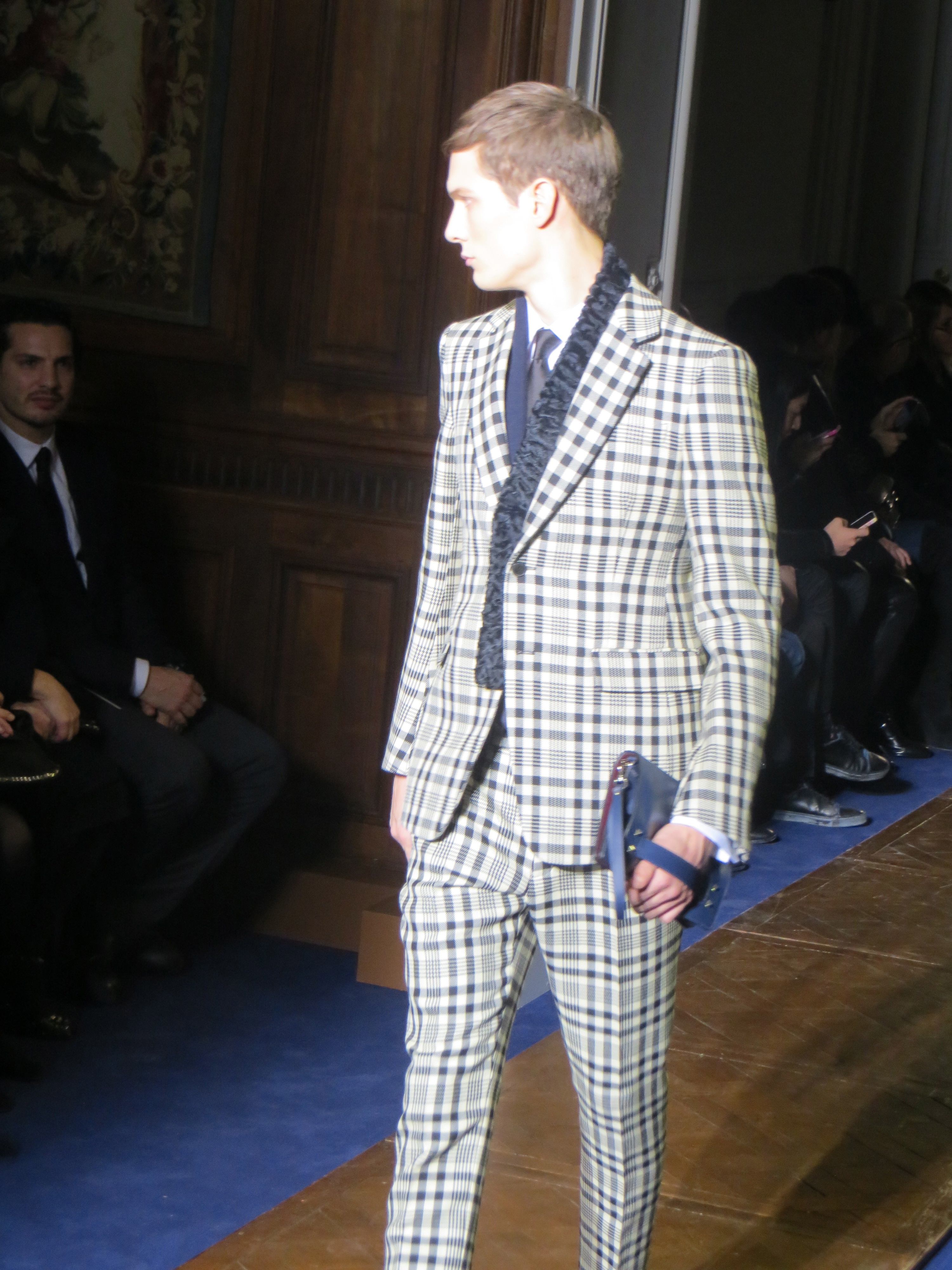 The Valentino´s Couture reflected British style, but with a sleek and sensuous silhouette. 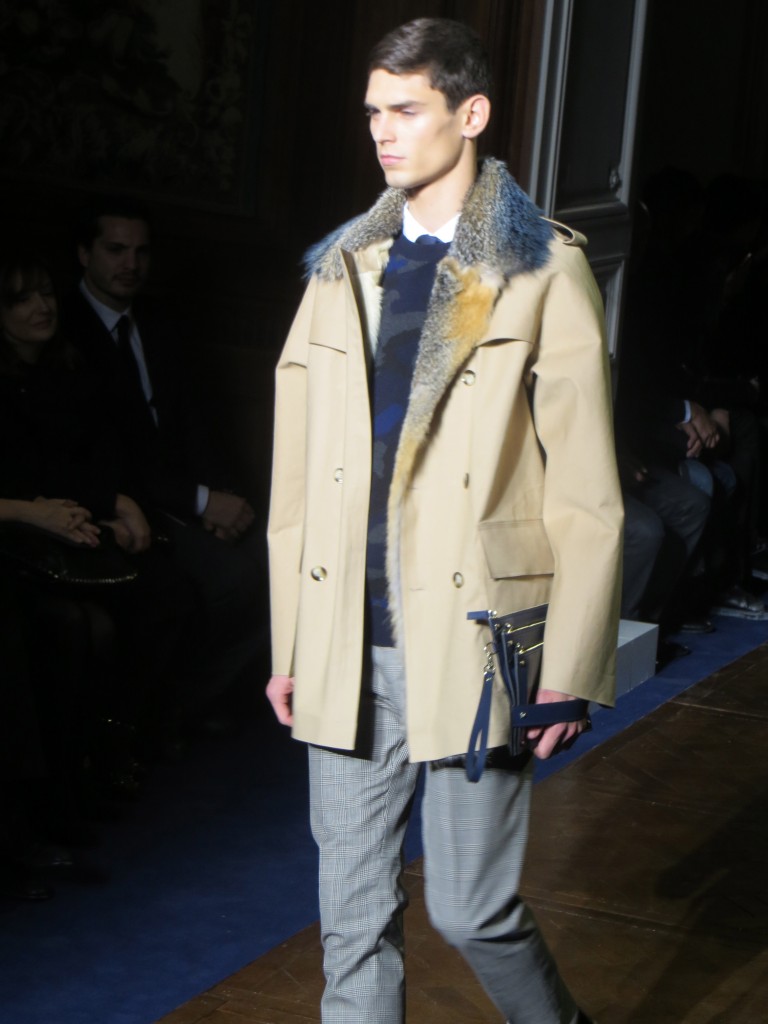 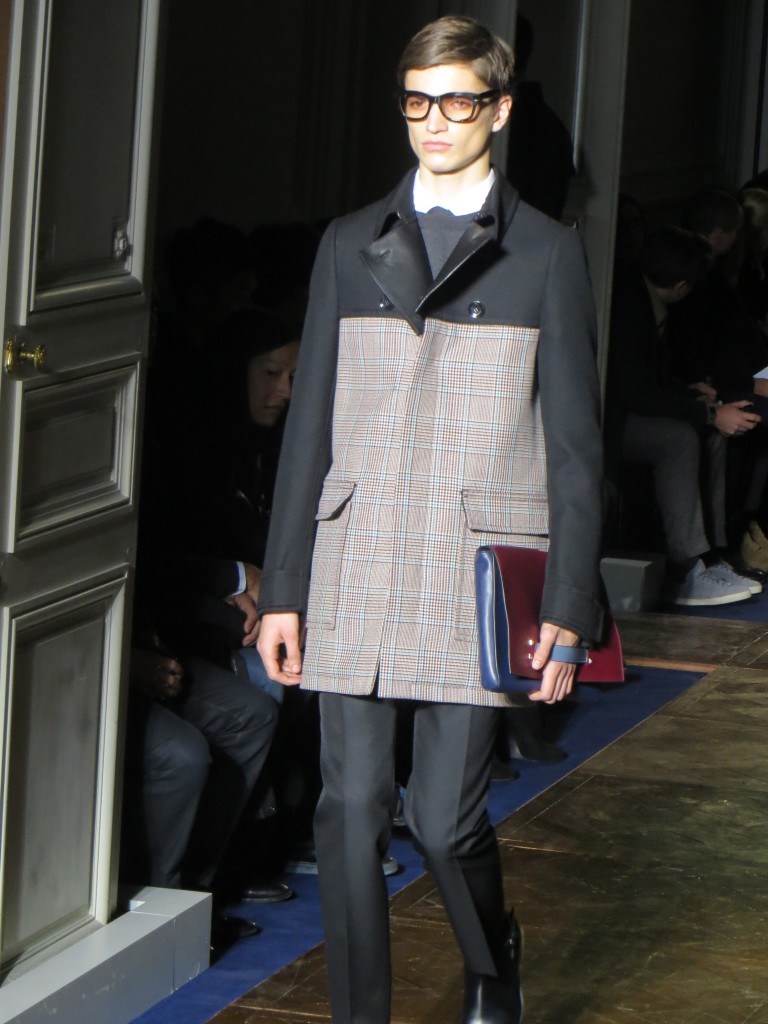 The design of the garments was graphic: heat-bonded leather bands that crossed smart raincoats like architectural lines. 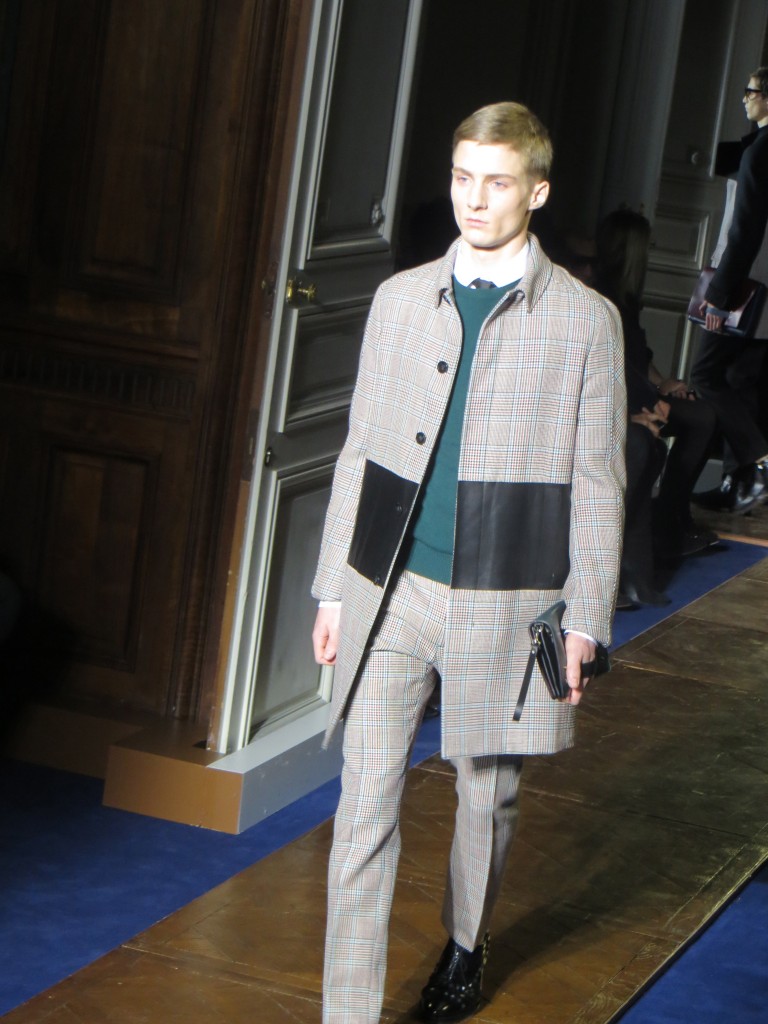 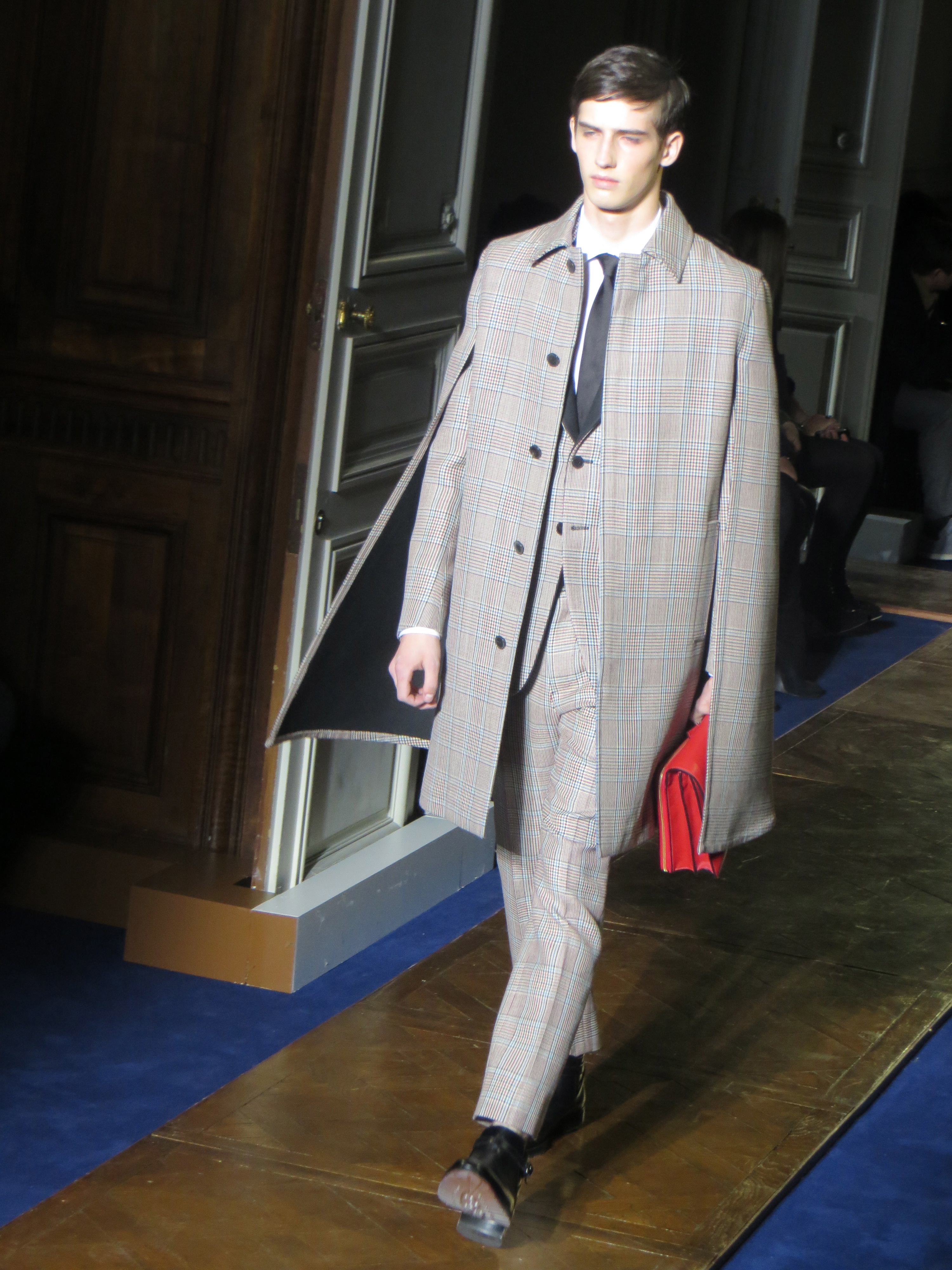 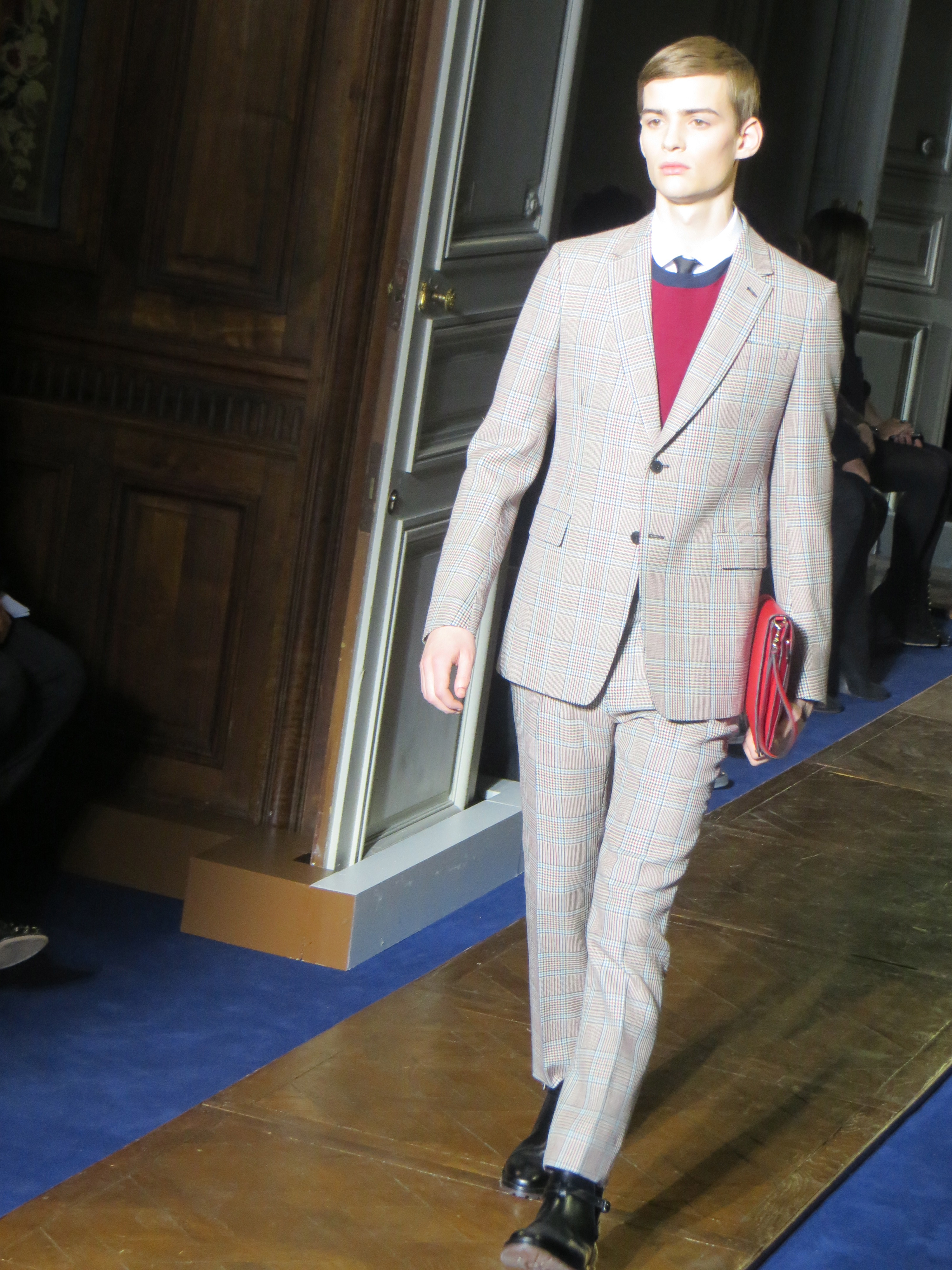 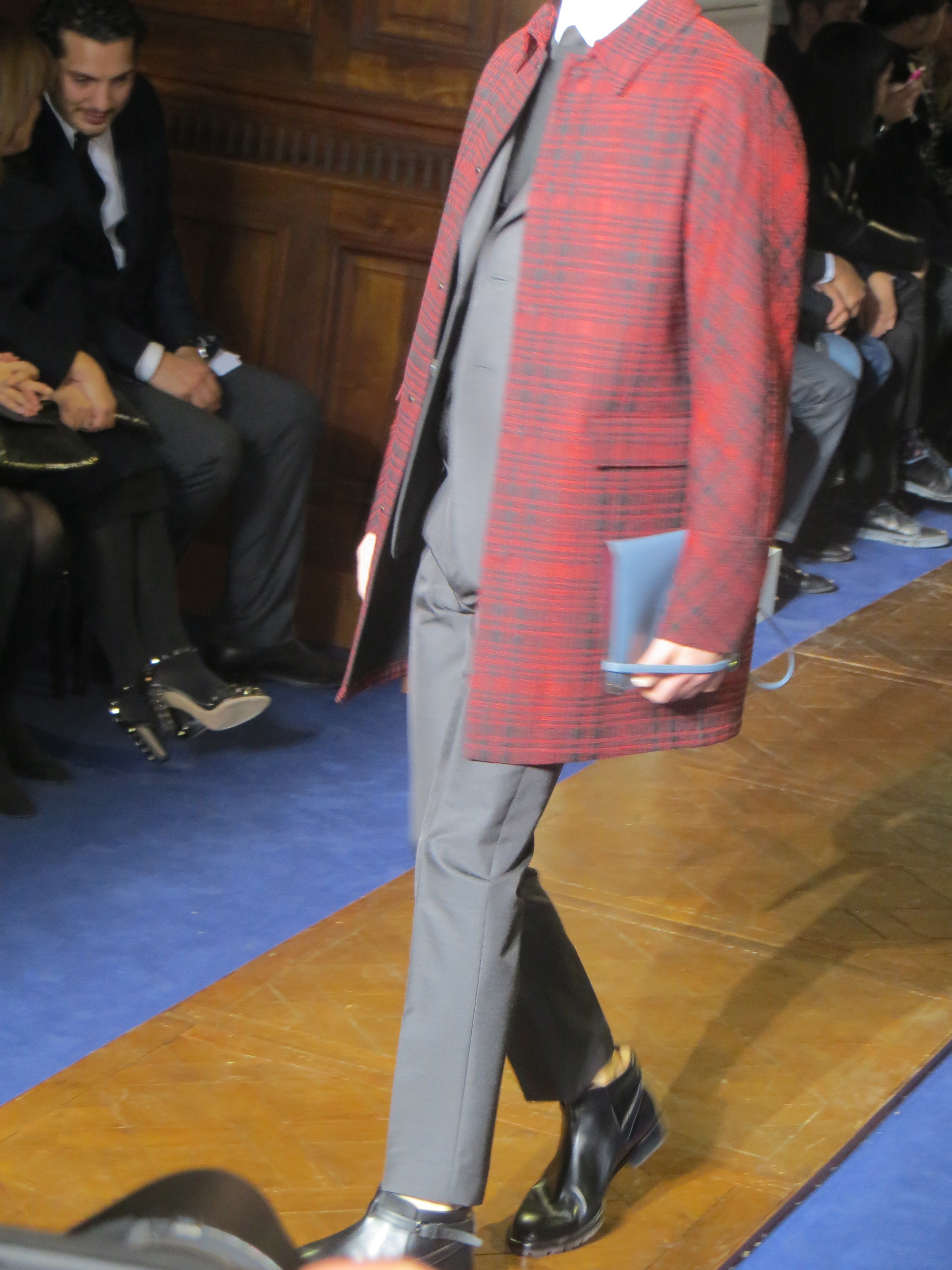 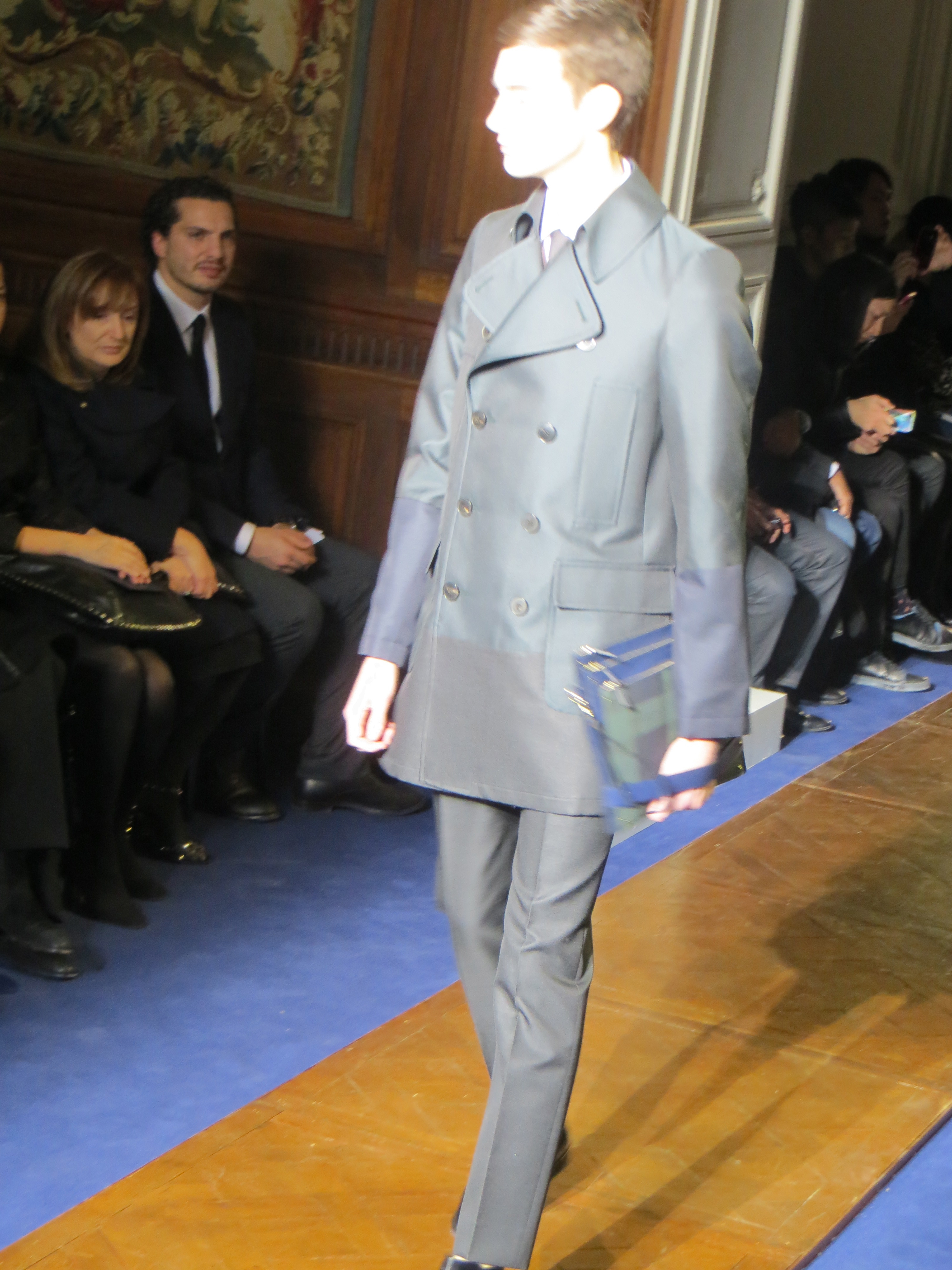 A sense of addition prevails: layers of materials, textures, and patterns defined the garments, while leather and fur intarsia created constructed motifs on knitwear. 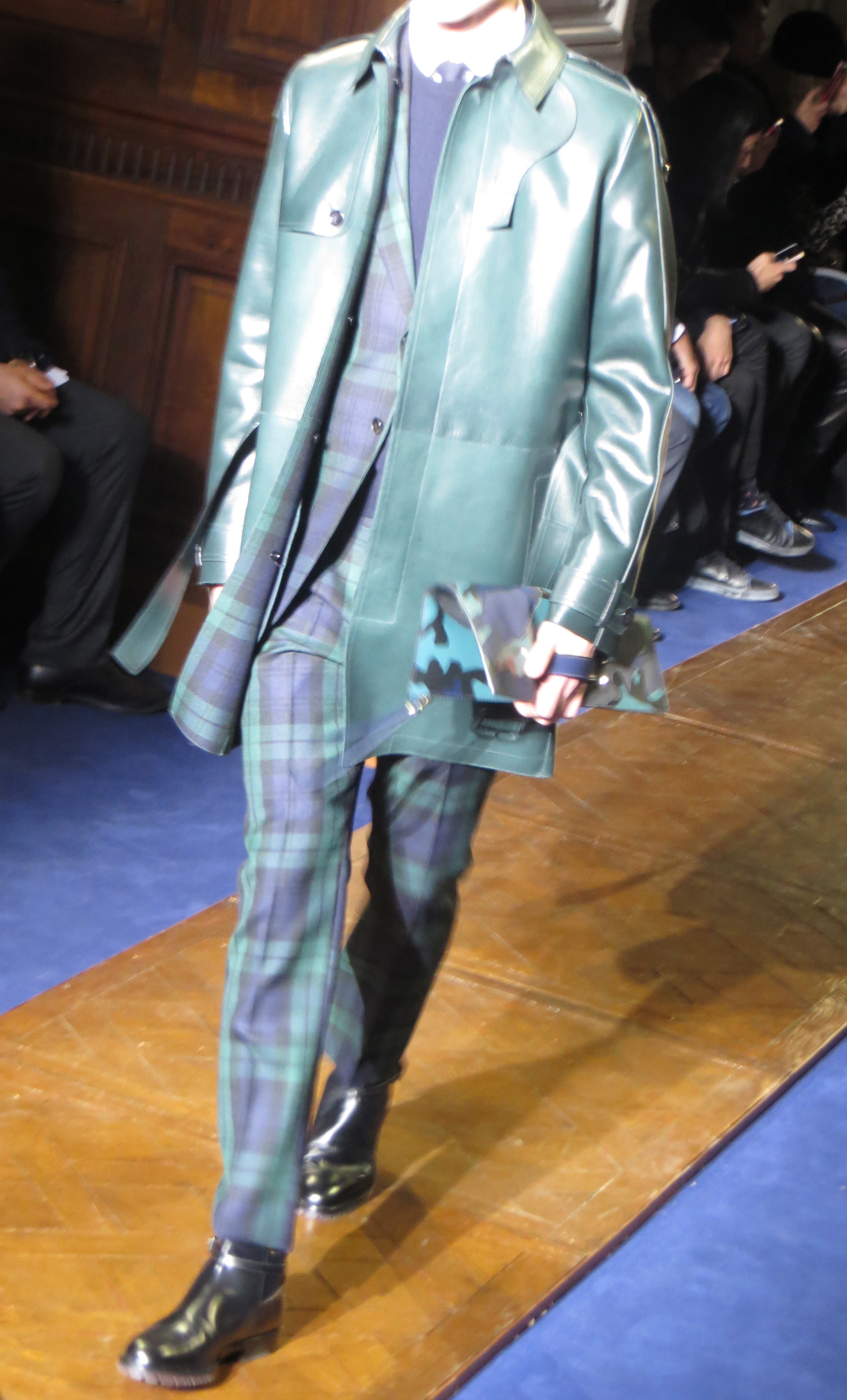 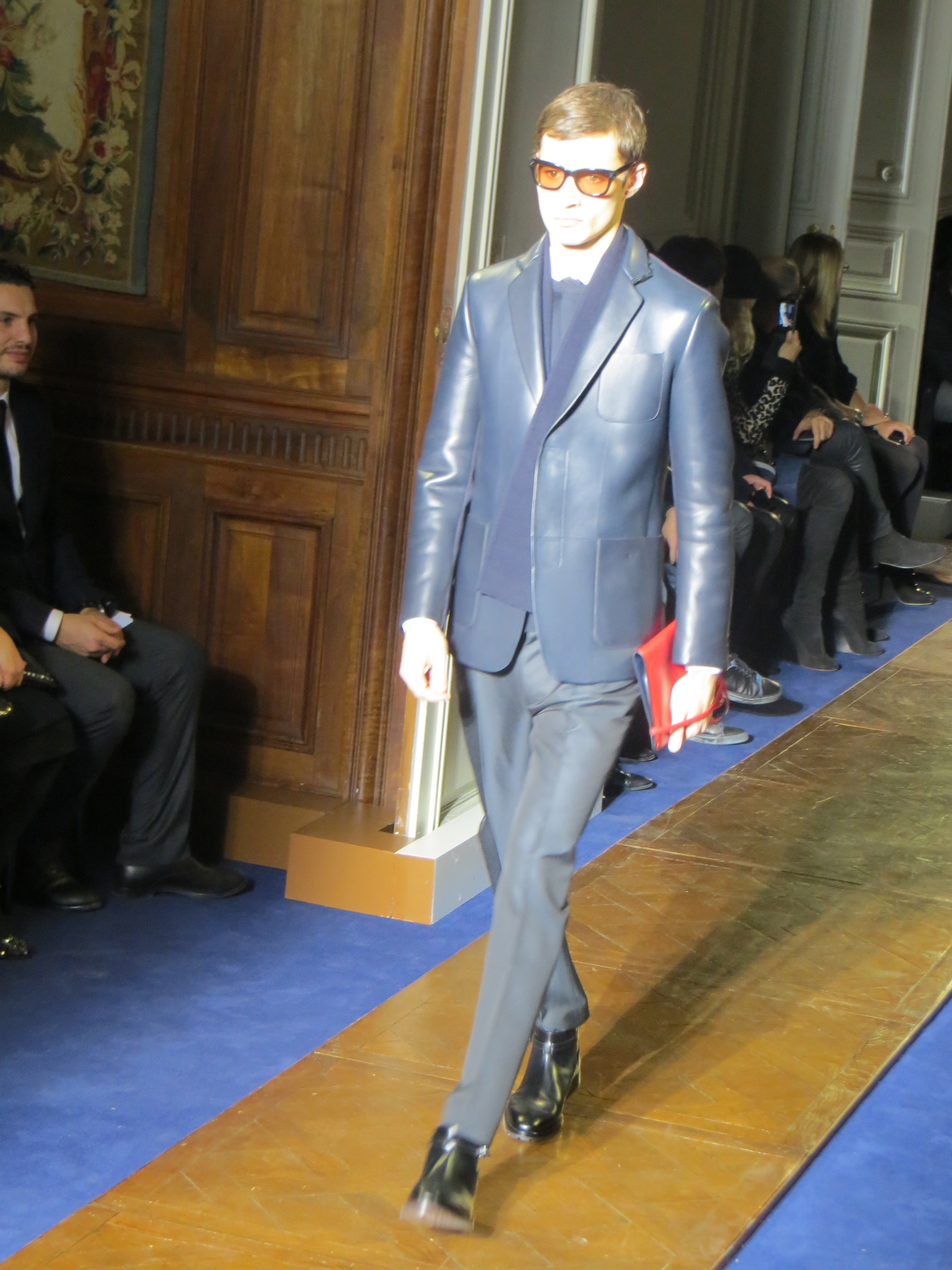 The color palette: shades of blue, gray and black accented with notes of red, cobalt blue, green, camel, and purple that blend in rhythmic patterns. 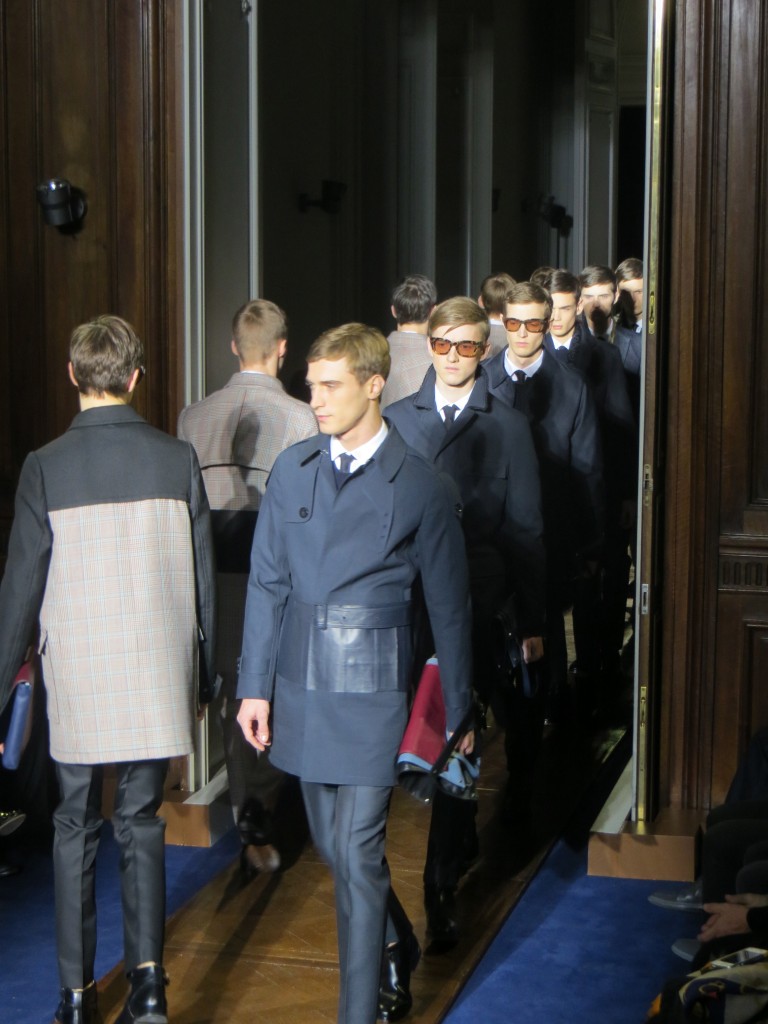 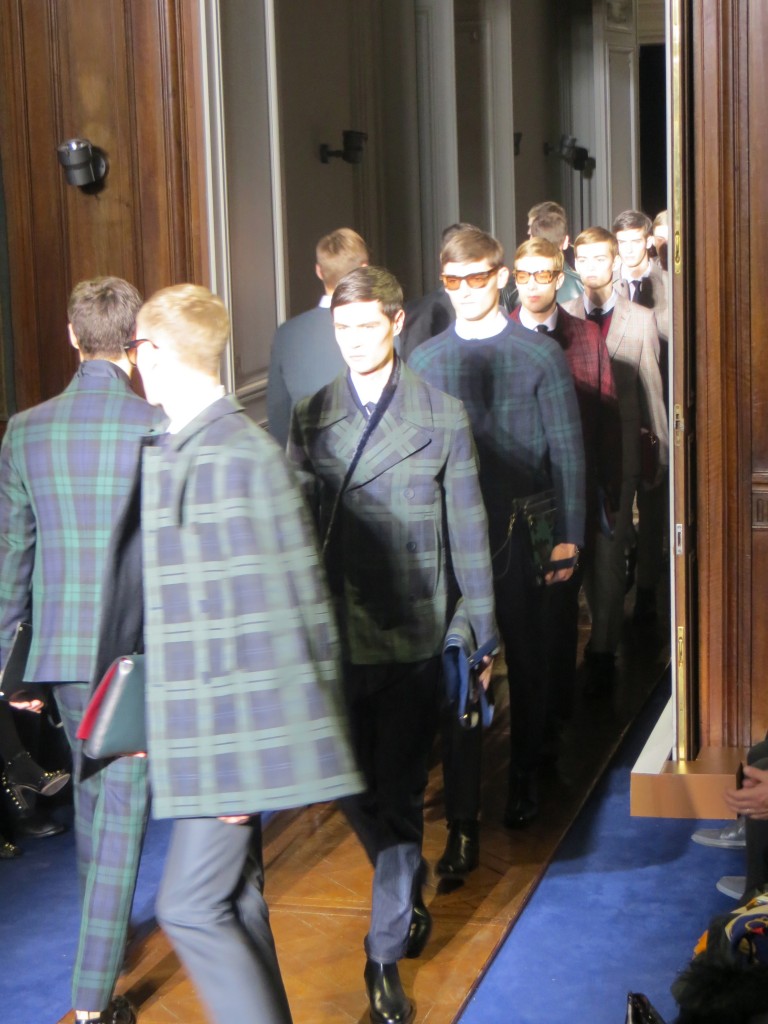 The designers: Maria Grazia Chiuri, Pierpaolo Piccioli – and Actor: James Marshall living in New York City were having a good time back stage. 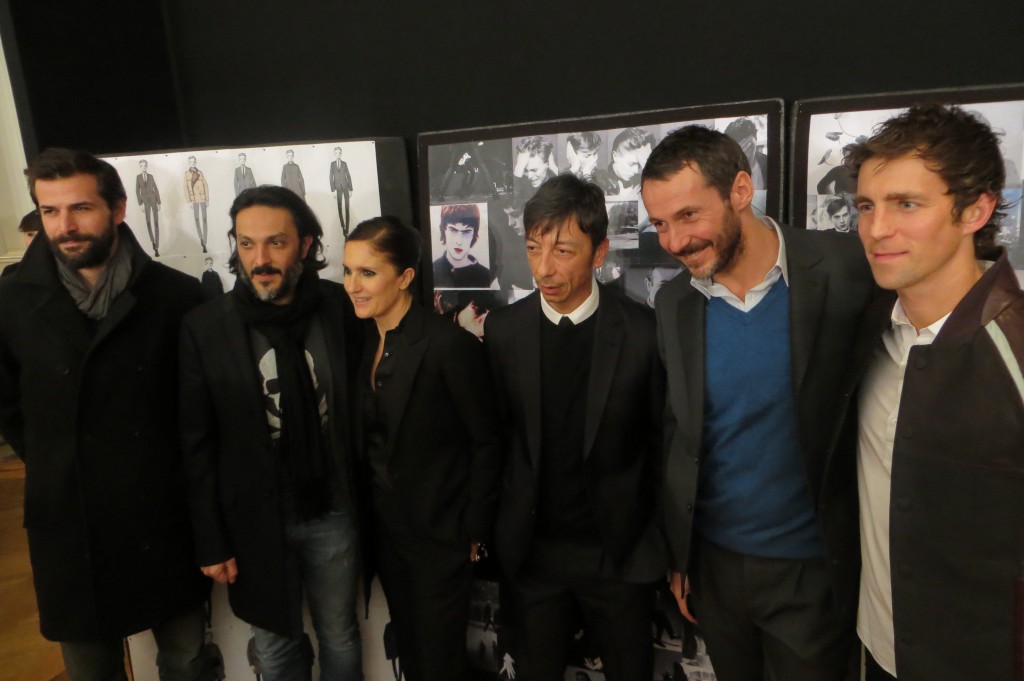 Fashion photographer Steve Wood From London was preparing his photo-shoot in the background while Pierpaolo Piccioli (one of the two designers behind Valentino) was doing an interview. 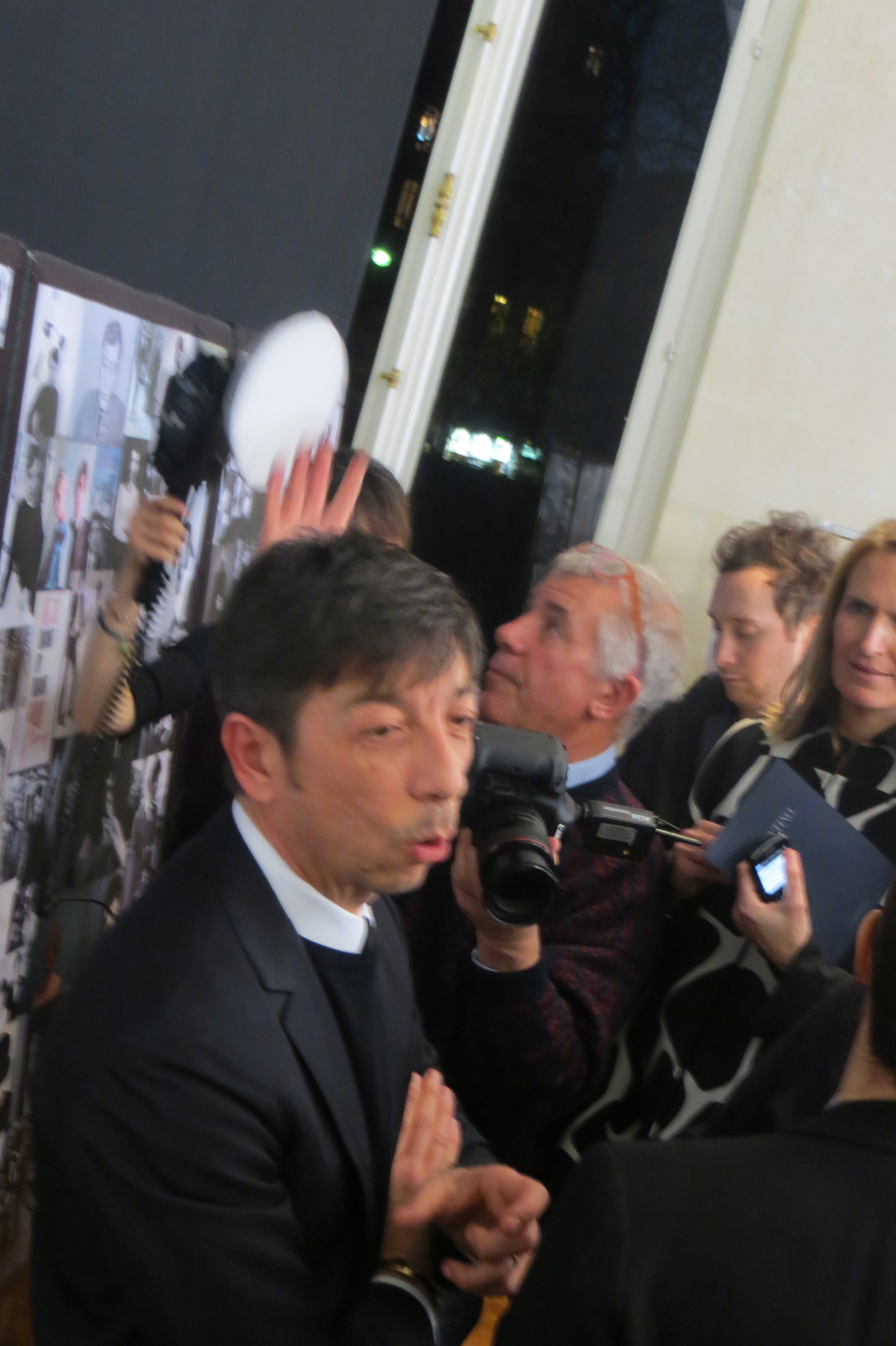 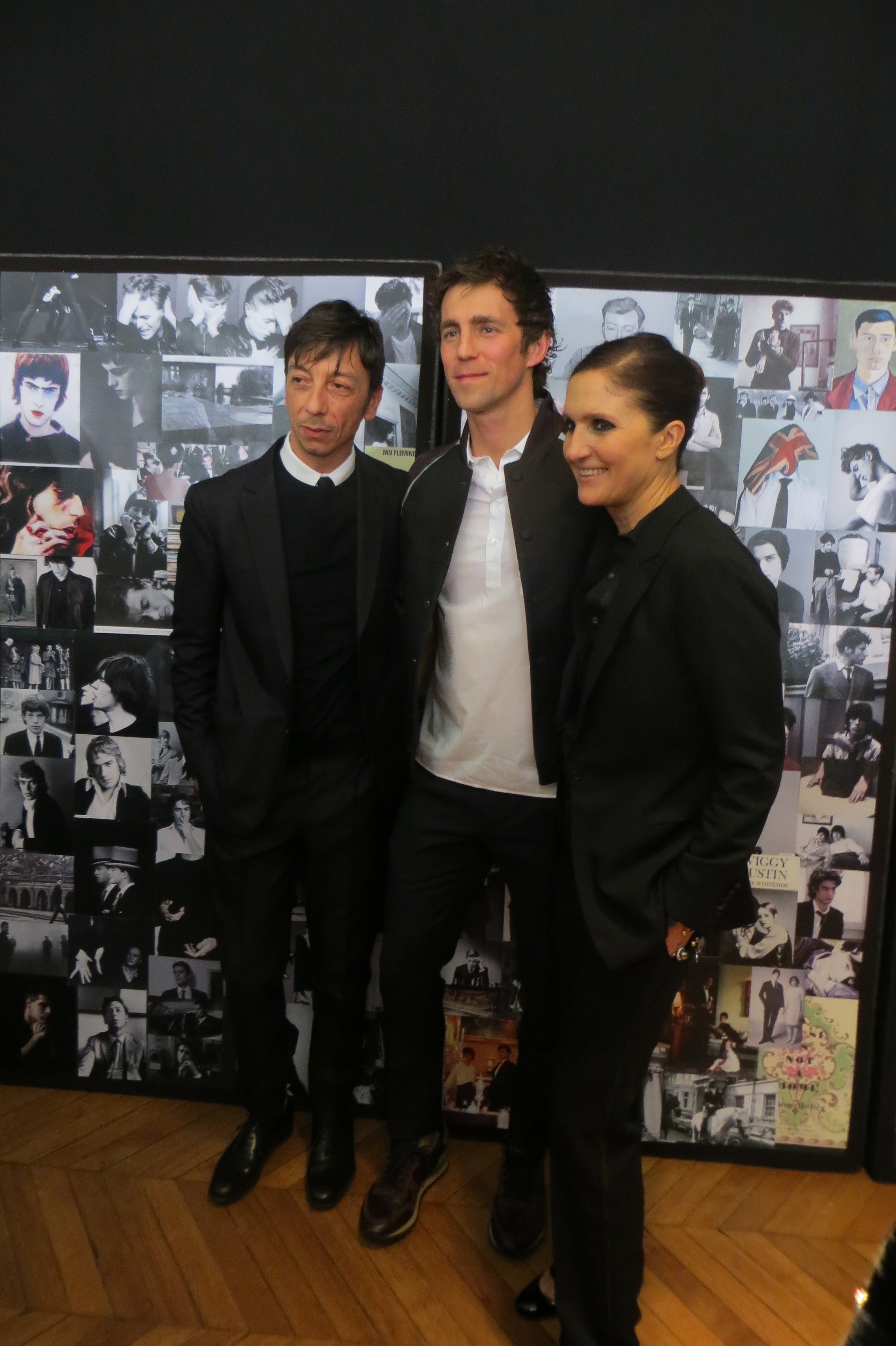 James Marshall in front of the Valentino inspirations board. We admired the pictures of twiggy and Justin on the board for a while. Beautiful collection. 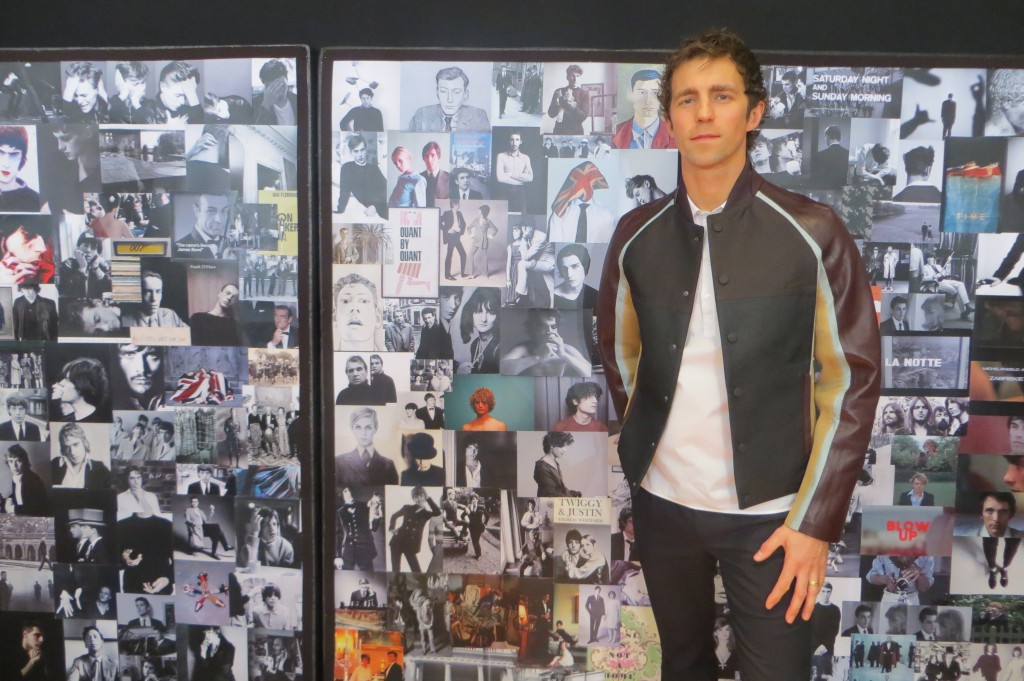 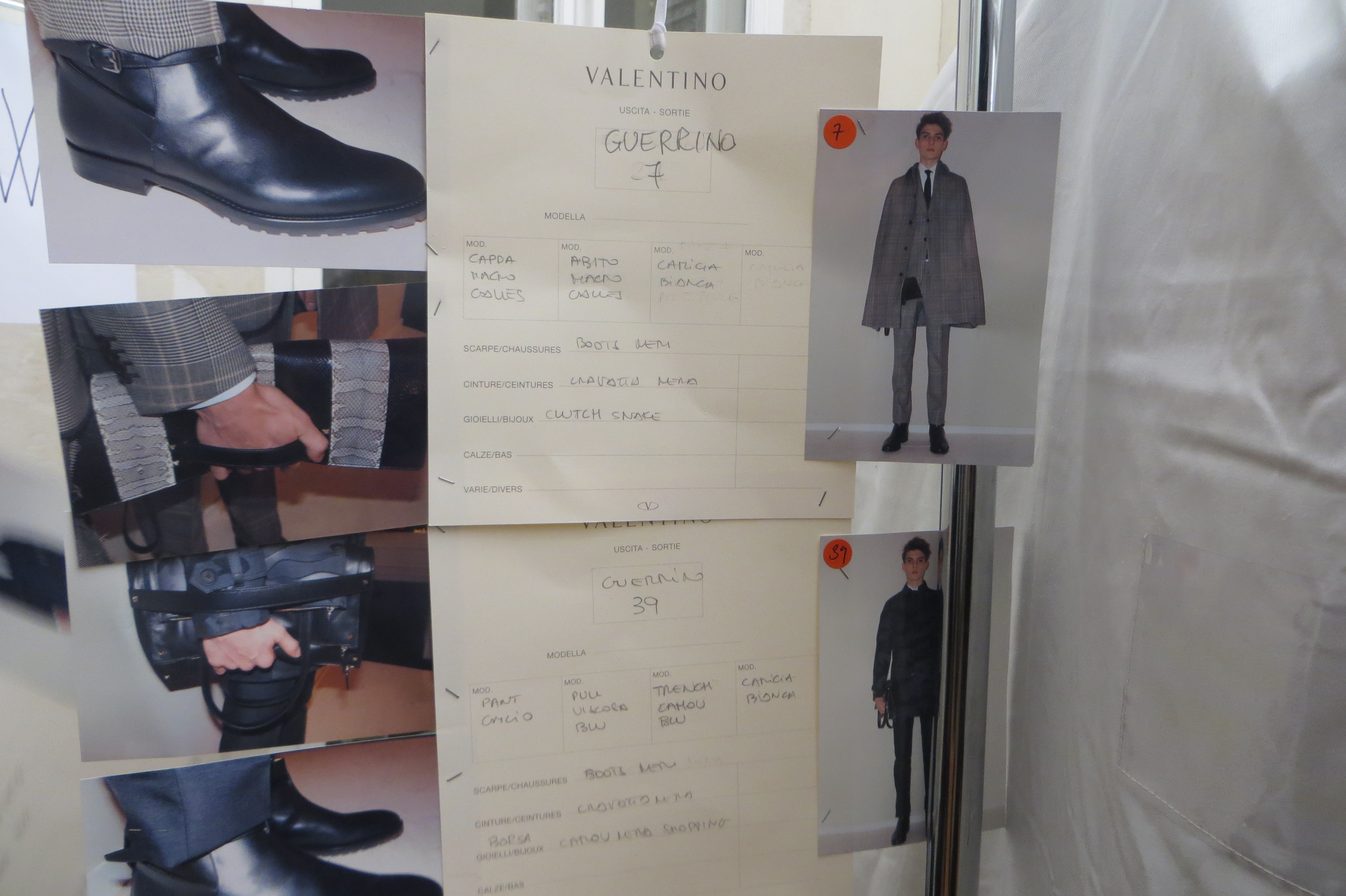 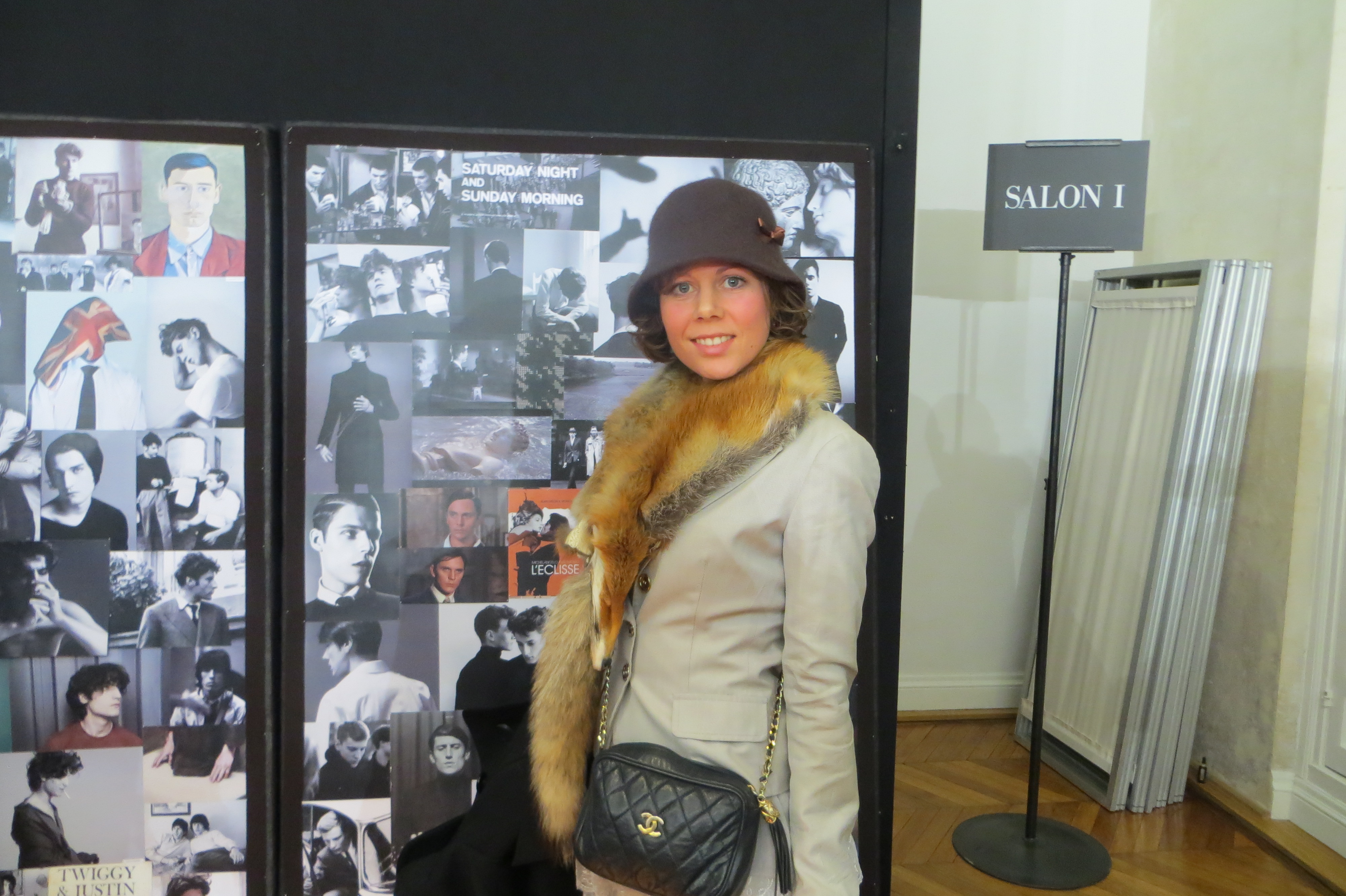