I went to Sportmax fashion show in Milan to see the new tendencies and to look for new good inspiration. I arrived a bit early to observe how the staff were preparing everything for the show. Read about it here.

Bruno Rinaldi: Photographer for Vogue Italy was responsible for marking the spots for the other photographers. An Italian man named Simone helped him. He even marked a spot for me up front and wrote my name on. After having heard Bruno telling the story about how important it is to have a good spot, I saw this as a huge privilege: To be able to see the difference between having a really good spot and a less good one. 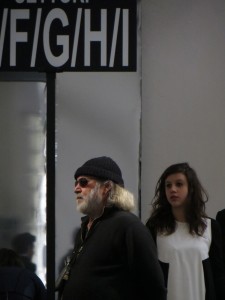 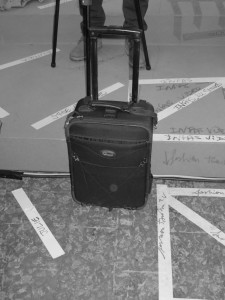 The PR staff were preparing the seats: placing a name-sign on it, adding a press release next to it. It´s definitely not random where the journalists are placed! There is a certain hierarchy: The row you sit on tells something about your status in the business. Both journalists and PR-people are aware of that so it´s important to the PR people that everyone are placed right. They also have to take into consideration who gets along with whom. So I could see some serious faces – trying to solve the puzzle. 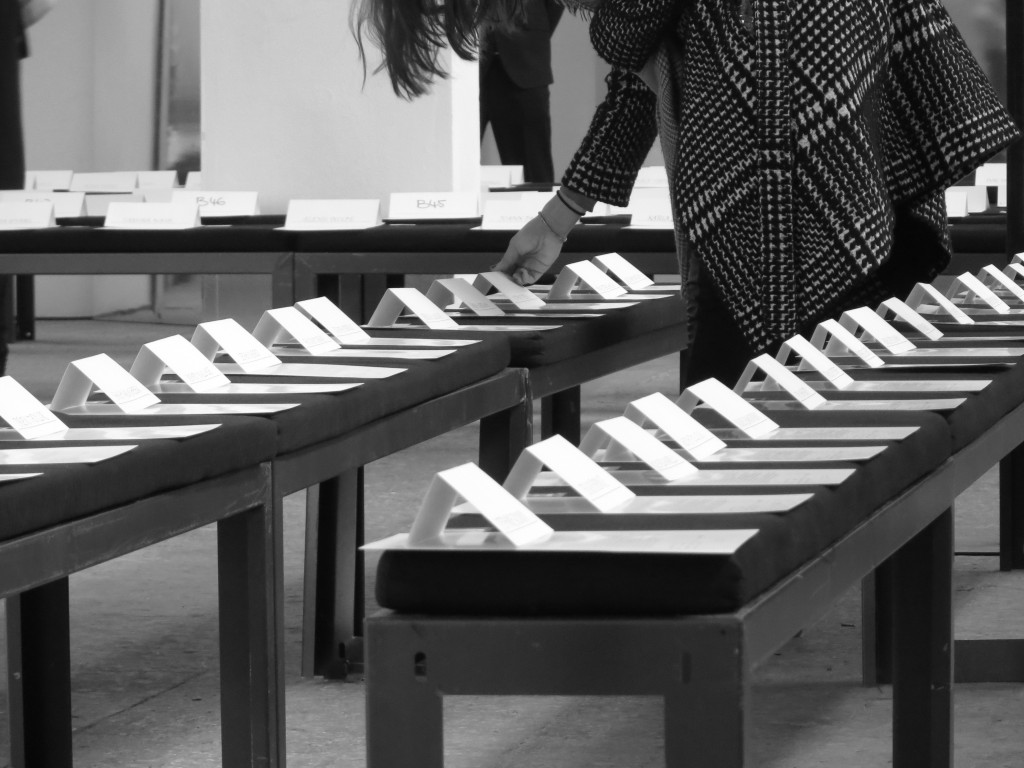 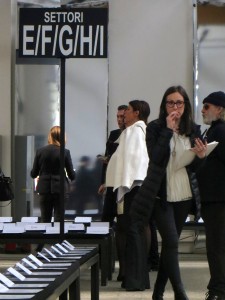 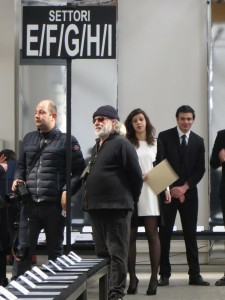 The cameramen were getting prepared to film: Adjusting their cameras according to the light-conditions. 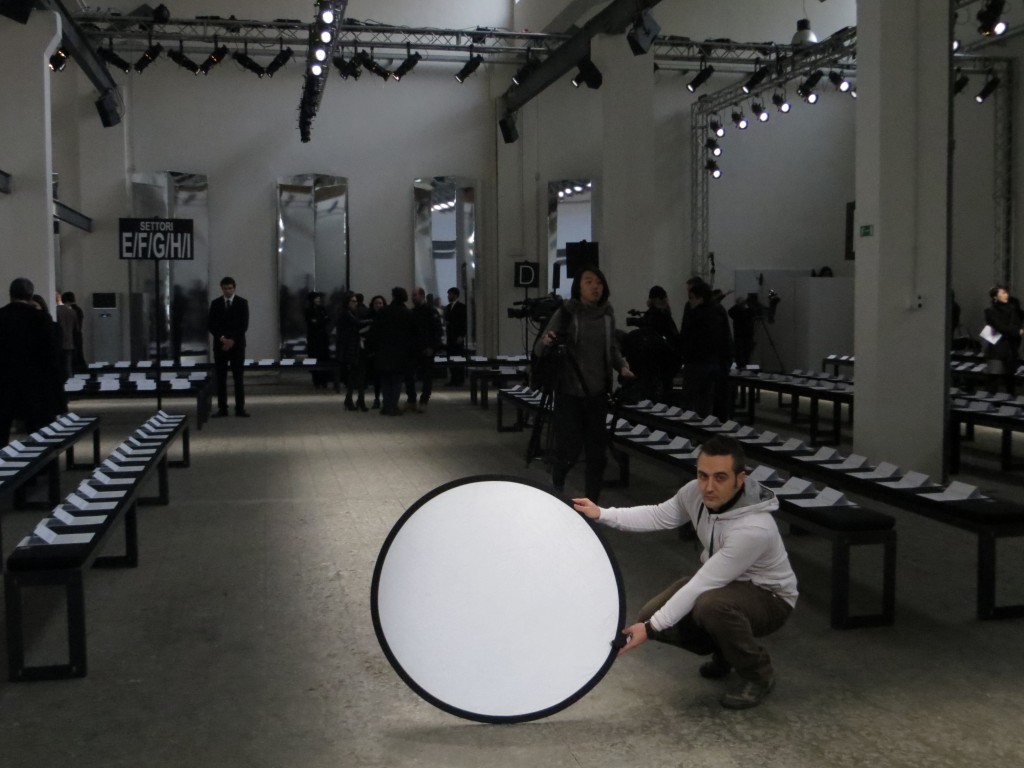 Those who hadn´t found a spot tried to get one in front. It didn´t please the security guards: because they had received a strict order to make sure the photographers woundn´t cross the marked front line.

One of the photographers was outside the line so a security guy said to him: “You cannot cross that line”

The photographer answered: “You are doing your job, I´m trying to do mine!”

They ended up finding a compromise. 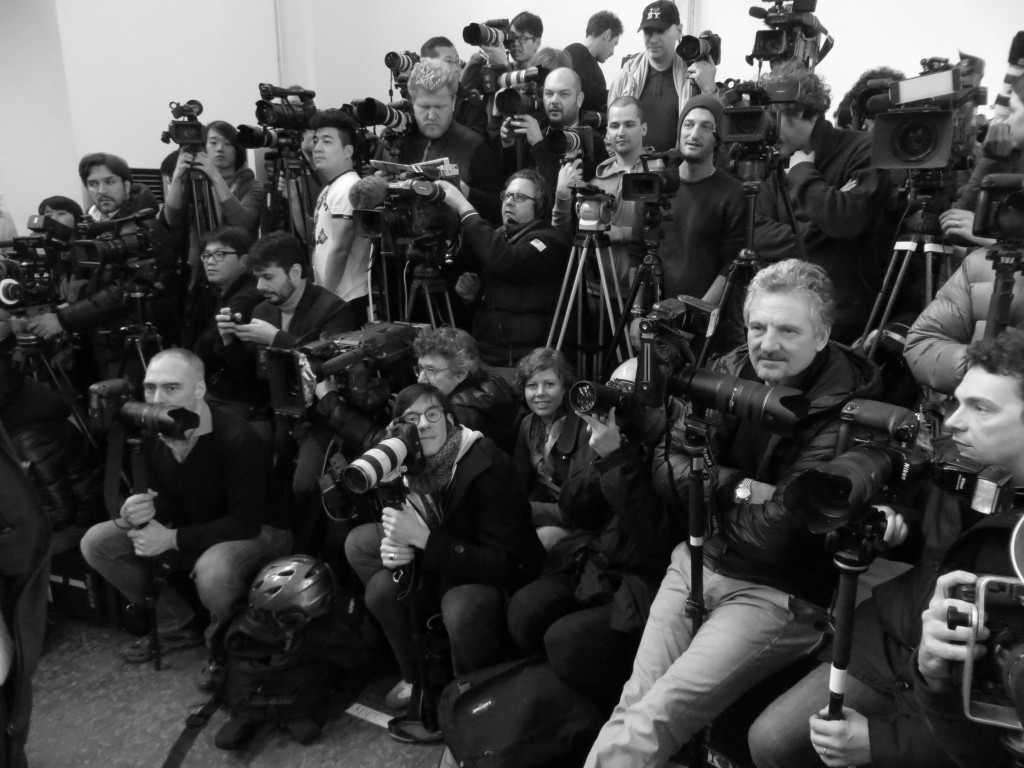 …so the show could begin. 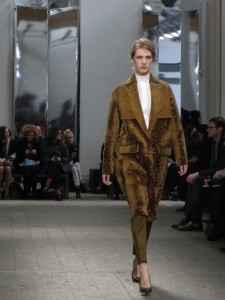 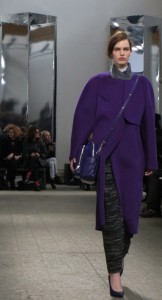 Watch out for: Big stripes…

Black is always back… 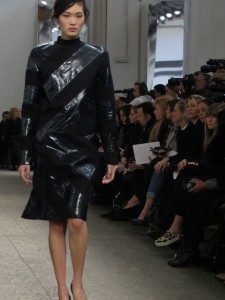 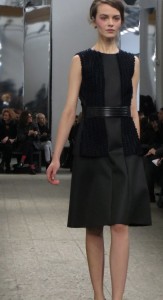 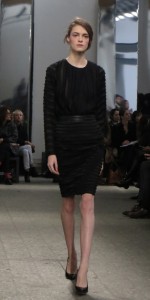 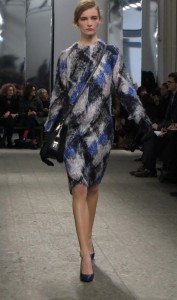 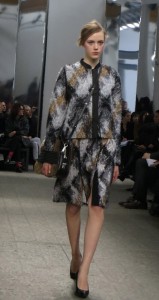 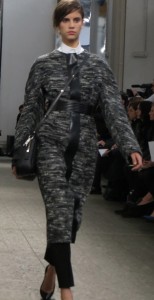 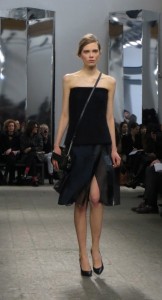 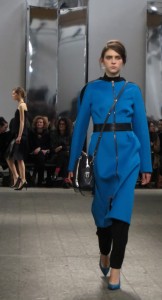 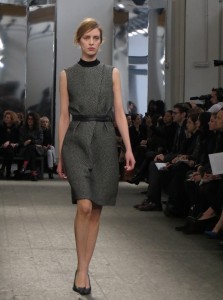 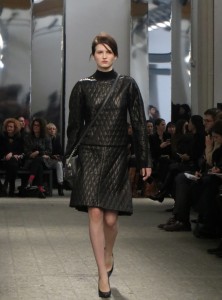