After the Gucci show we climbed the shooter and drove directly to Alberta Ferretti show. We went backstage to take some pictures and I talked to the hair- and make-up artists about the tendencies and luxury. Read what they said here.

Article and Picture by Julie Johansen

When we came backstage it was a big chaos. According to some Italian photographers that was quite normal. They said “It´s always like this”. Lots of interesting people but all of them running around, so it was difficult to get an interview. 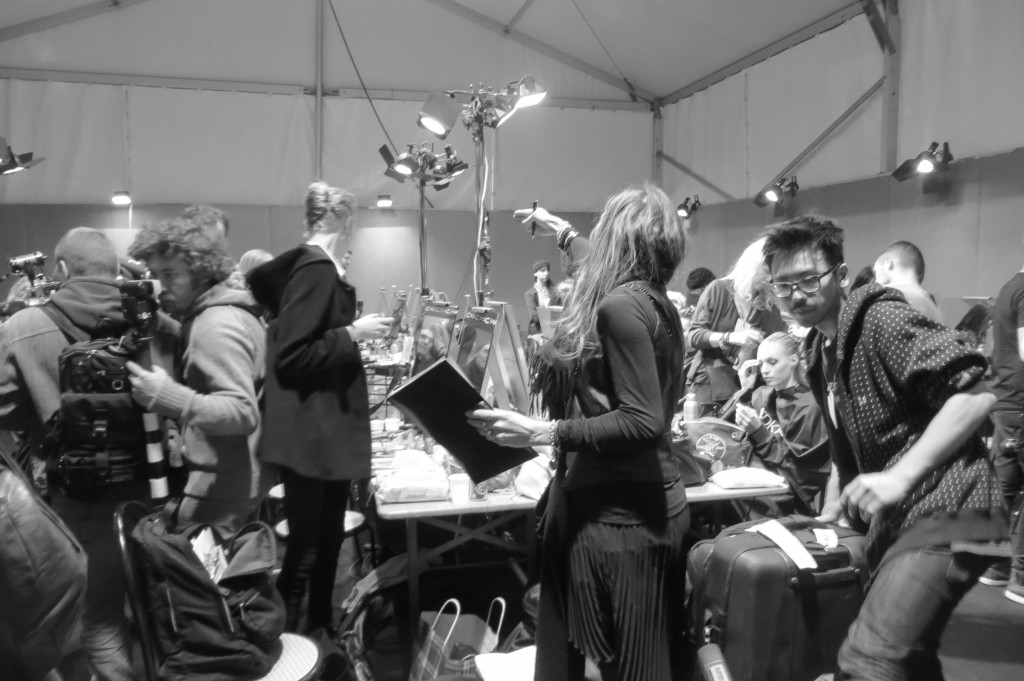 But I did end up talking to some of the people backstage, to get their point of view on luxury.

I asked the model: Daphne Velgne, what luxury is to her?

She said: “Luxury to me is a feeling of ultimate effortless softness”. 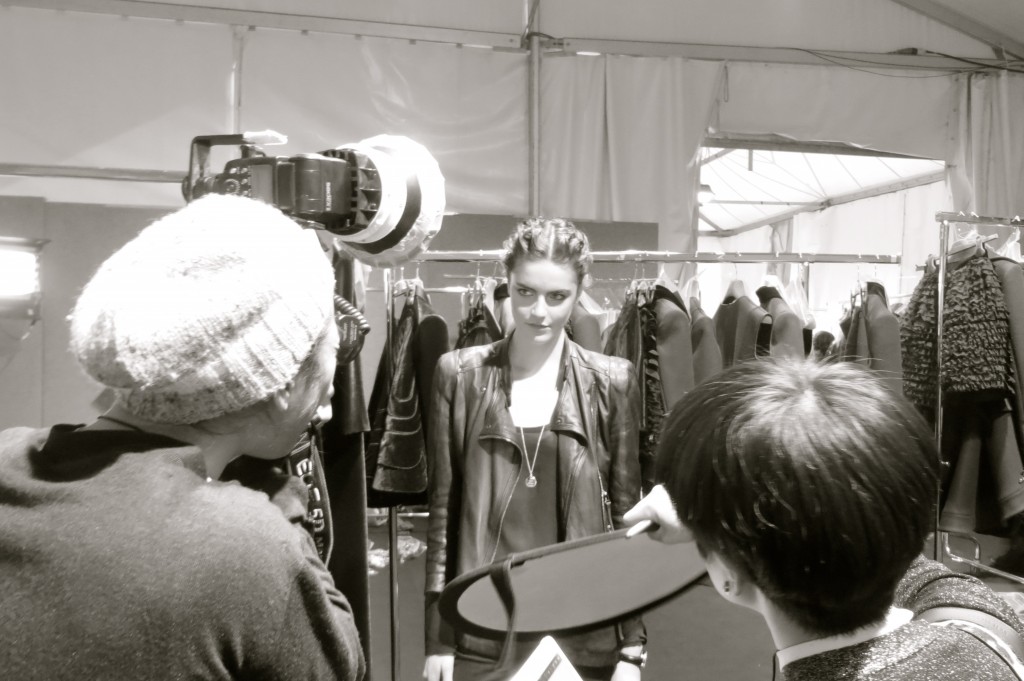 I also asked Guido Palau, famous hair stylist, what luxury is to him?

Guido Palau came to prominence in the early 1990s. It happened when he shook up the previous decade’s notions of glamour with the artfully undone hair he created for Kate Moss’s early Calvin Klein campaigns. Since then the hair stylist has fashioned everything from Hitchcockesque beehives for Jean Paul Gaultier to plaits woven like straw baskets for Alexander McQueen. But whatever the style, Palau’s work always takes a sidelong glance at beauty, and his ideas shift hairdressing trends each season. – Fashion telegraph UK writes.

When I asked him what luxury is to him he said: “It´s time, in a busy world like today it´s time”. 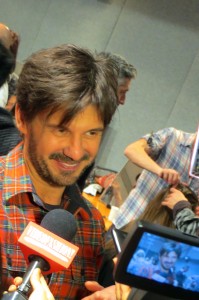 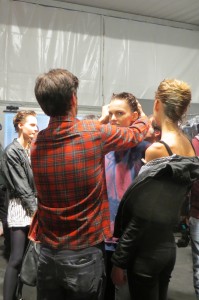 I asked Lloyd Simmons, famous makeup artist, what luxury is to him?

He said: “Luxury to me is actually having time: to have enough time and to do my work properly…off cause there are many things that are luxurious but for me it´s definitely having time.” 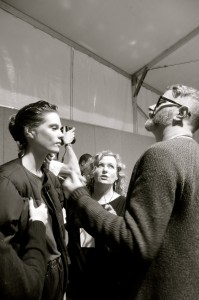 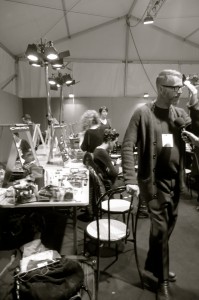 If you should give a good make up advice what would that be? I asked Lloyd.

“Mostly I think that women shouldn´t be afraid of make-up. They should have fun and play with it. Do what pleases you. I don´t think you should worry about it…I mean… it´s only make-up right!”

What are the tendencies that you see today within makeup?

“It is difficult to say because there are lots of tendencies, but it is important that the skin is always fresh and gordious.  There is a tendency for a punk style like a black eye… but it´s just tendencies. So it´s up to each woman what they want to show.”

I equally asked backstage photographer Stefano Guindani what luxury is to him?

“Luxury is elegance and style. It´s not just about the brand or if it´s the newest collection, all dresses are important, but it is the way you put it together… it´s style. In life luxury is: Having a driver to drive you around and a butler!” Stephano said with a smile. 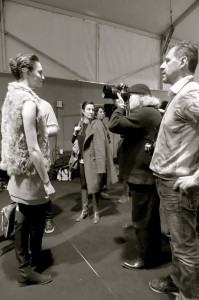 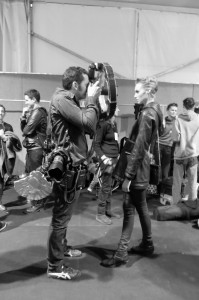 The photographers were taking pictures and the models were answering questions. 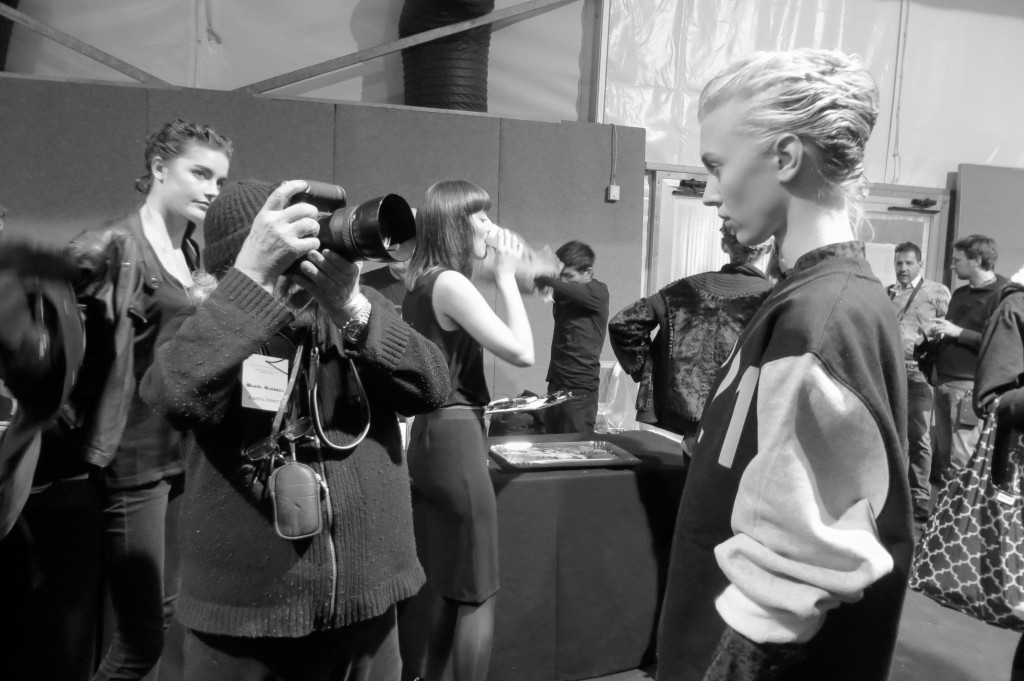 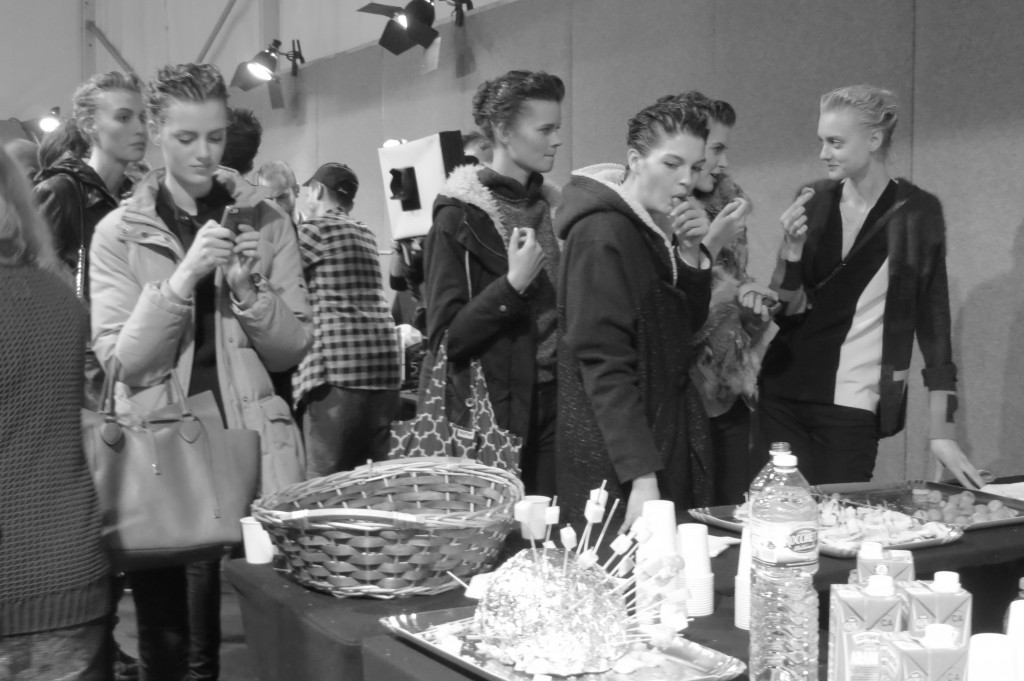 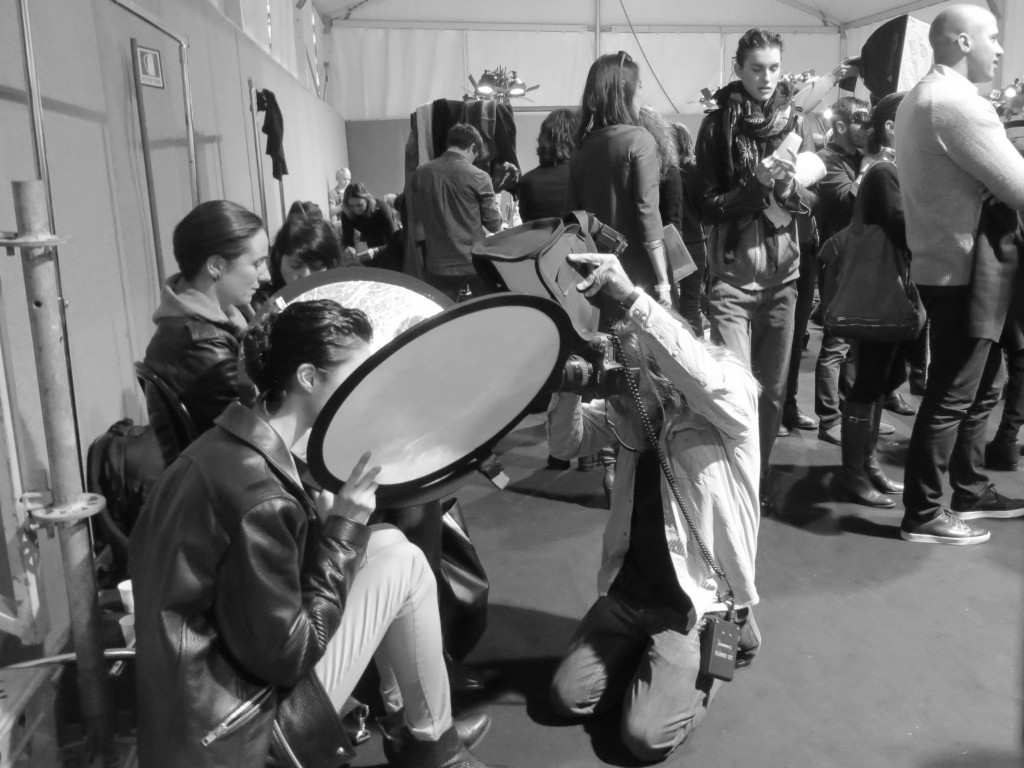 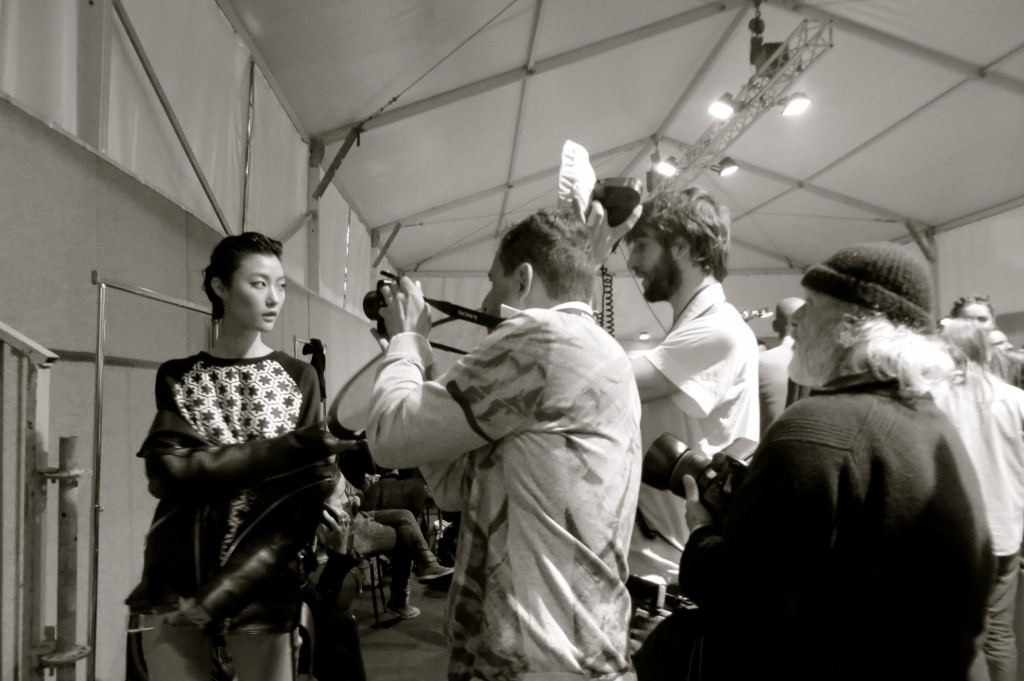 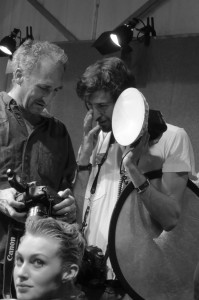 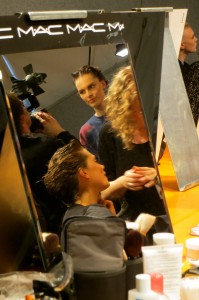 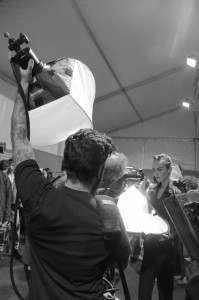 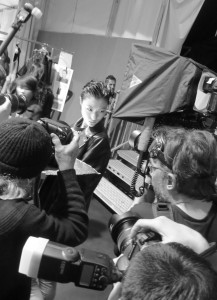 In the beginning of the video you can see me sneaking around in the background, trying to get some good pictures…while the models tell about their outfit.
http://youtu.be/qM0mxk1e1xA

The show started at 5pm.