Yesterday I met Louis-Marie de Castelbajac for a coffee next to Canal Saint Martin in the 10. Arr. You might know him for being the son of the acknowledged designer; Jean-Charles de Castelbajac, but he is so much more: A fashion-icon, a creator, and a man with an inspiring personality. We had a talk about him, the fashion world and what it is like to grow up with a famous father.

I remember the first time I saw Louis-Marie de Castelbajac. It was at J.C de Castelbajac´s fashion-show in Paris back in 2009. This was the first fashion show I ever attended, and today I see it as my first step into the fashion-world. I was thrilled.

At that moment I didn´t know who Louis-Marie was, but for some reason I clearly remember his black dress and the calm/ serious look at his face as he entered the room. I remember thinking: “Is he a part of the security staff?” hmm.

A year later, on a trip to Copenhagen (DK) I opened a fashion-magazine and saw that very familiar face again: Son of Jean Charles de Castelbajac! A smile turned into a little laugh of myself! There was still a lot to be explored within the fashion world…

And on my way to explore it I met Louis-Marie again. This time over a coffee with the change for him to tell me the real story, instead of the one I could have imagined by myself.

So here it is: the story about Louis-Marie de Castelbajac:

– A man with a creative mind, cool socks and probably an elephant in his backyard!!! 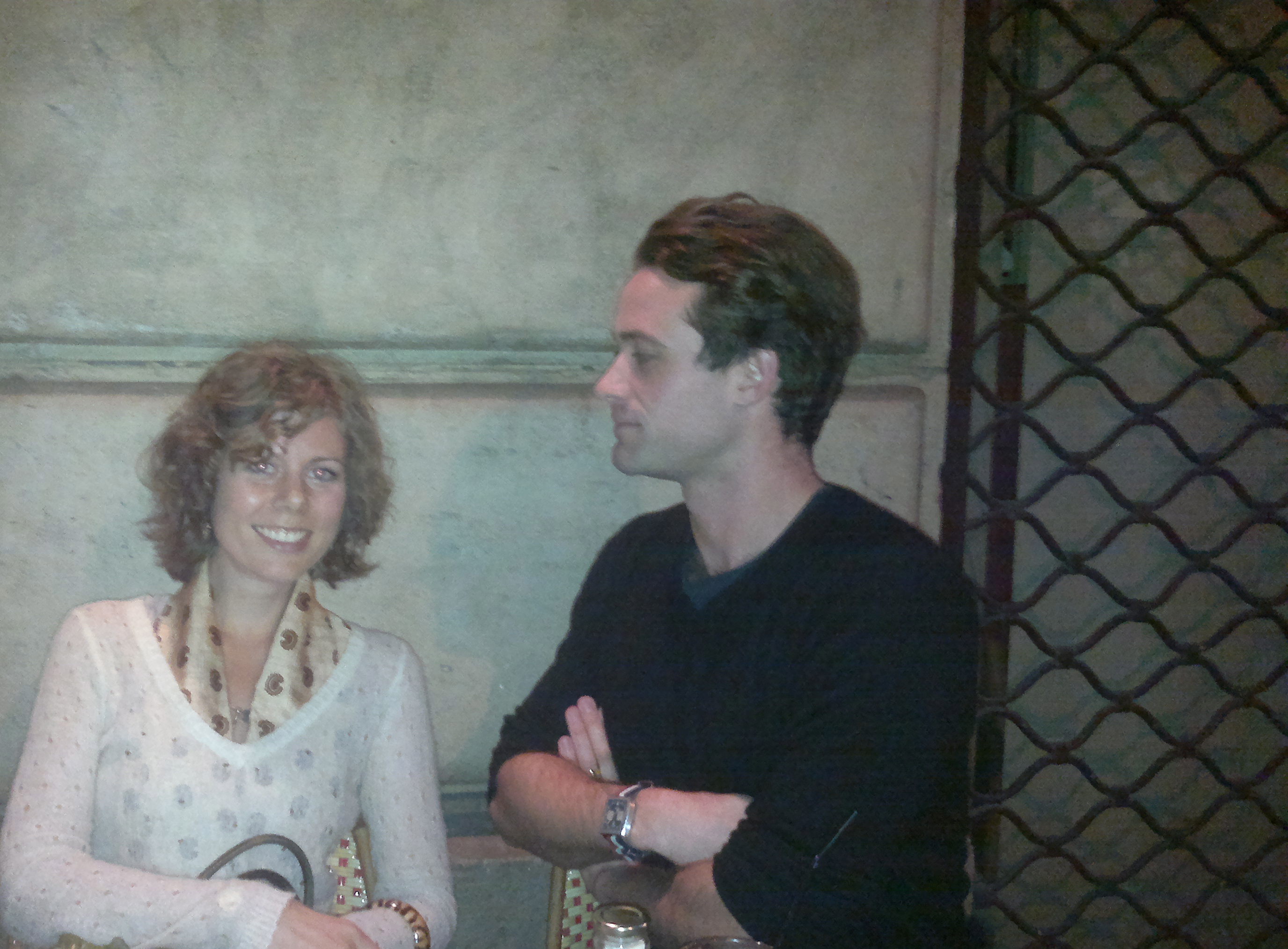 What has it been like to grow up with a famous father and fashion creator: Jean Charles de Castlebajac.

Good and bad. It is always great to have a creative force next to you, a great teacher – but at one point when you start growing up, you would want to find your own way to make a sense out of all the information, find out who you really are… but I see that as a good process.

I guess some people might think it is a dance on roses to grow up within the fashion world, so I would like to know: Were you ever bullied when you were a kid?

For the most part no, but at some point when I was 13 I was bullied, because I grew up kind of tall, so I was bigger than the rest.

It happened when I was at a boarding school. I arrived a bit late compared to the other students. It turned out that about ten people were against me, without no apparent reason – but I told them that I didn´t wanted it that way and at some point they stopped.

So I have got an ultimate compassion for the people who have gone through that.

What was your biggest dream when you were a child?

It wanted to become an archeologist. But I think somehow it was just the search of another story. I discovered at some point that what I really wanted was to create a story of my own. So instead I started searching for that.

Many people probably see you as the son of Jean Charles de Castlebajac! But how would YOU like to be seen?

I would like to be seen as a concept-developer: because I love to create concepts, get ideas and see them flourish. I have learned a lot from my parents, but I would also like to get my own ideas through. That was also one of the reasons why I left France at 17 years old. I went to Los Angeles: to build up a story of my own and develop my own things.

For how long did you stay in Los Angeles?

Completely different! Los Angeles is a great place, but you spend a lot of time by yourself. What is good about Los Angeles is that when people get an idea they normally follow up on it – whereas in Paris people seems to take more time to get things done. What I like about Paris is the constant inspiration: No matter where you go in Paris there are always things to discover, and the next street is always more beautiful than the previous.

When did you come back to France?

And what is your biggest dream today?

I have an Armagnac -project, which I have been working on for 2,5 years now –  I really can´t wait for it to see the light. I have developed it step by step.

What is your goal for it?

The image of Armagnac is quite old, and a part of the things I want to do with it is to make it contemporary, so that people today can appreciate it as well. At the same time I would also like to make the light shine on the area where Armagnac is produced: it is a very small area, and most of the people working there are not very familiar with Paris – many of them have only been there once or twice (and do therefore not really get the market share that they deserve). They are somehow standing in the shadow of Cognac, because Cognac is quite close to it and makes a lot of money. I kind of want to put the small producers in the spotlight as well.

Do you have a name for your Armagnac?

When is it going to be launched?

Around January/February 2013 – because it is more like a winter drink to warm you up – so I think it will be a good time to launch it. What is nice is that you can drink it any time of the day just for appreciation.

Do you already know where we can buy it?

Not yet, I am still talking opportunities with certain stores.

That makes me wonder: What is luxury to you?

Luxury to me is something completely devoid of material sense. To me luxury is an ability to spend time with family. It has such a multiplicity to it, but the essential is time.

You have spend a great amount of time within fashion. What do you think about the fashion world today?

The fashion world has always been quite amazing. I have always appreciated the designers and the people that work for it, because they put so much work, talent, and money into it – through six months they invest a lot of time on it, and then within a second it is all gone. It is really fascinating: the whole renewal, the team, and the designers who are always trying to come up with a new idea, a new concept and a new vision. I am in absolute admiration.

But there is a flipside to it: The industry has gone into a complete metaphoric change: Today it is the height of the 90´s etc., whereas previously, Pret-á-Porter, Haute-couture shows and creativity was at it´s overflowing capacity – now it has become more consumer-orientated.

I grew up in an environment where I could be really creative, so I am a bit sad to see that, even though we have designers that are still very creative, most of the shows and the fashion-world in general are guided by the consumers. I think it´s not just within the fashion world, but a general tendency in our society today, that everything is deluded and watered down.

So instead of following your idea a hundred percent, you almost start backwards and think: what does the consumer want?

Exactly, and I think that is why you sometimes get lost in the process.

What is creativity to you?

It is a form of expression; I have learned that through my father who has a certain way of being creative; using multiplied platforms. I think that the creative process arises from an idea that then is being developed on a platform. It doesn´t always have to be a t-shirt – it can be translated into many other forms as well, such as: painting, fashion, shows etc. But you start thinking of a theme: for example ghosts – and then you try to translate that and express it through a certain format. But the format is not as important as the idea itself, because the idea can be developed in many different ways.

I always try to analyze the things around me and try to discover the missing part. I start with the negative, and try to complete it with positive.

That is my creative process, which I´m pretty sure my father goes through as well. That is our natural way of thinking. 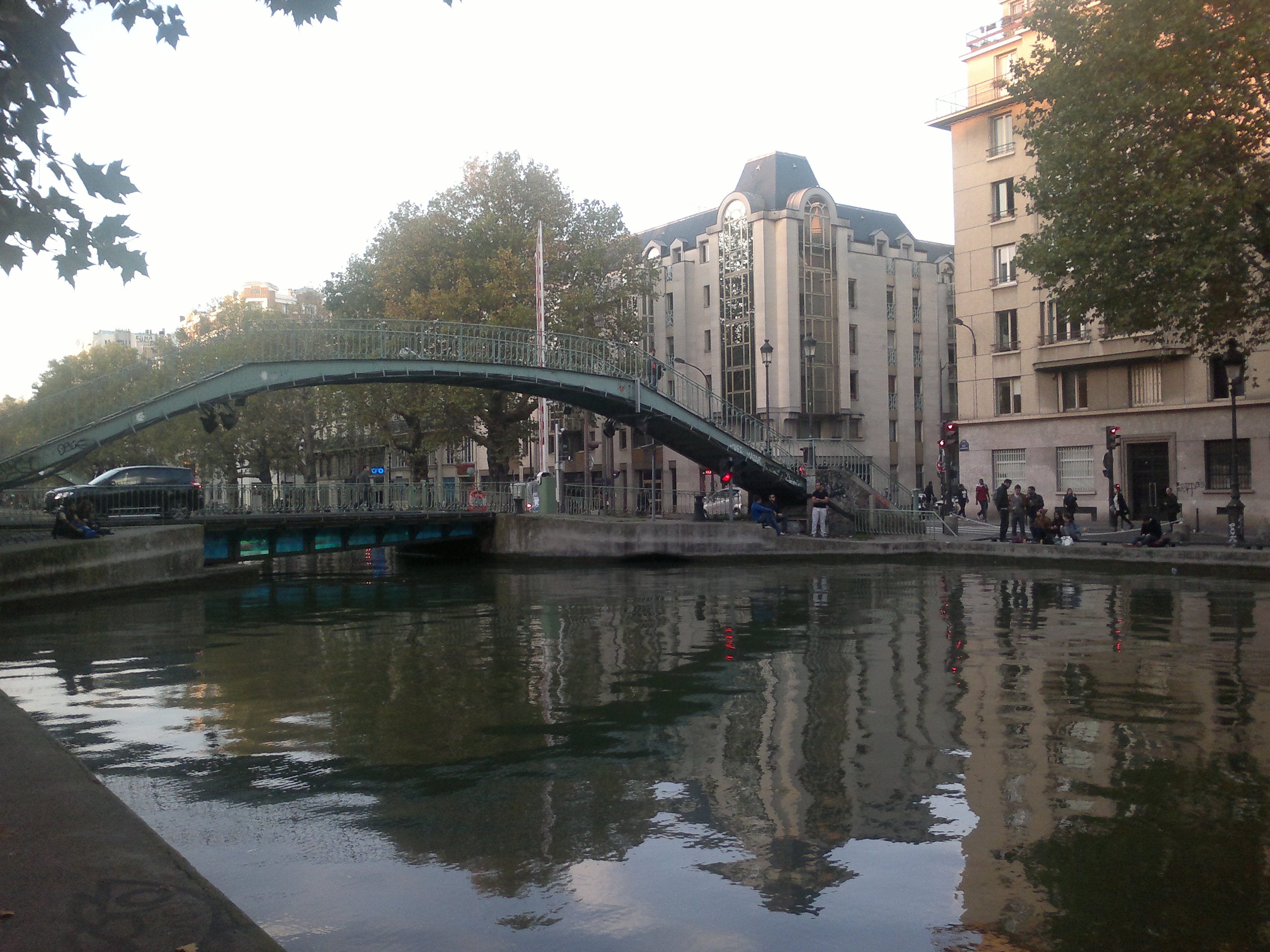 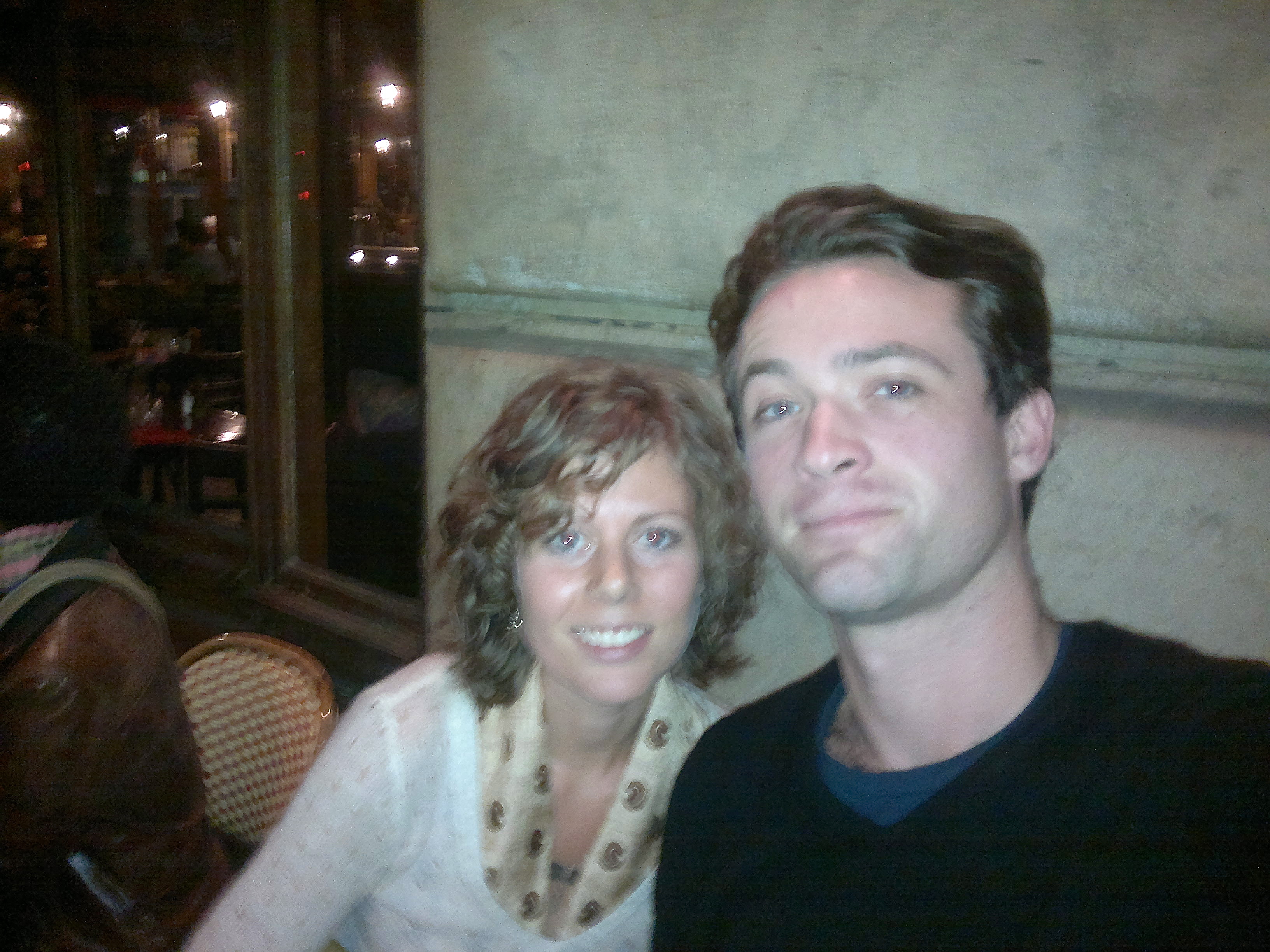 If I gave you an elephant where would you hide it?

I would put it in my backyard, I would not hide it, because it´s so beautiful.

What are your favorite colors of socks to wear?

To me, socks are a very important detail so I always have the craziest socks possible. I just bought some Frankenstein- and Dracula-socks. I have always loved socks. There was this great man that I was a great fan of, who would wear only black, and add the most amazing gloves and socks, because it´s all in the details.

What would I see if I opened up your closet?

You would see a mixture of the traditional and the completely opposite. I think it is important to mix and match and with time you create your unique identity.

Do you enjoy having a celebrity status?

I would not say that I have celebrity status, but if so, I would want it to be something achieved from my own work.

If you were a biscuit which one would you be?

I would probably be: LU – le petit écolier. It is a great one, a French one! It is a biscuit with chocolate on the top; with a little schoolboy on it… and when I was little I would always take the little schoolboy off and eat it separately.

Where is your favorite place to eat?

In America it is: “The fathers office”, which is really amazing.

Do you suffer from sleepwalking?

No I suffer from a lack of sleep.

Do you ever do drugs?

It has definitely happed to me to do drugs yeah… but I am not going to promote it. It is not a good example.

If you were given the change would you enter Big Brother?

We are in Big Brother, almost… but no.

Who is according to you the best-dressed man in Hollywood?

Who is according to you the best-dressed woman in Hollywood?

What would you like to say to your competitors?

I have always liked a challenge, so I would say: Get ready.

Do you prefer cats or dogs?

Dogs, because I fell like they are more communicative.

What do you do in your spare time?

There is a French expression called “Flanner” which means: walking around, looking at things and getting lost. It is a very French/ Parisian kind of thing. Otherwise I go to museums, always in a search for a bit more information: books, movies etc.

What have been your strengths in life?

I think it has been my curiosity and the fact that I always want to know more. I try to understand differences instead of condoling them: I learned that while I grew up.

Overthinking and sometimes being stubborn.

If you knew that today would be your last day, what would you do then?

I appreciated the good time spend with Louis-Marie – he is definitely an adorable person.