The Versace Haute Couture Show SS13 in Paris was really outstanding! One of the best Haute Couture shows I have seen until now. The settings were extremely beautiful and Kevin Costner (the American Actor that most of us know from the movie “The Bodyguard”) attended the show – amazing detail!

When I entered the fantastic room all the greatest run-way-photographers had already begun lining up: Ready to shoot Versace´s Haute Couture Collection Spring/Summer 2013.

Amongst them were: Bruno Rinaldi (who has been a fashion photographer for over 40 years now, and with whom I made an Interview after the show), Valerio, Leah McQueen and Stefano Guindani 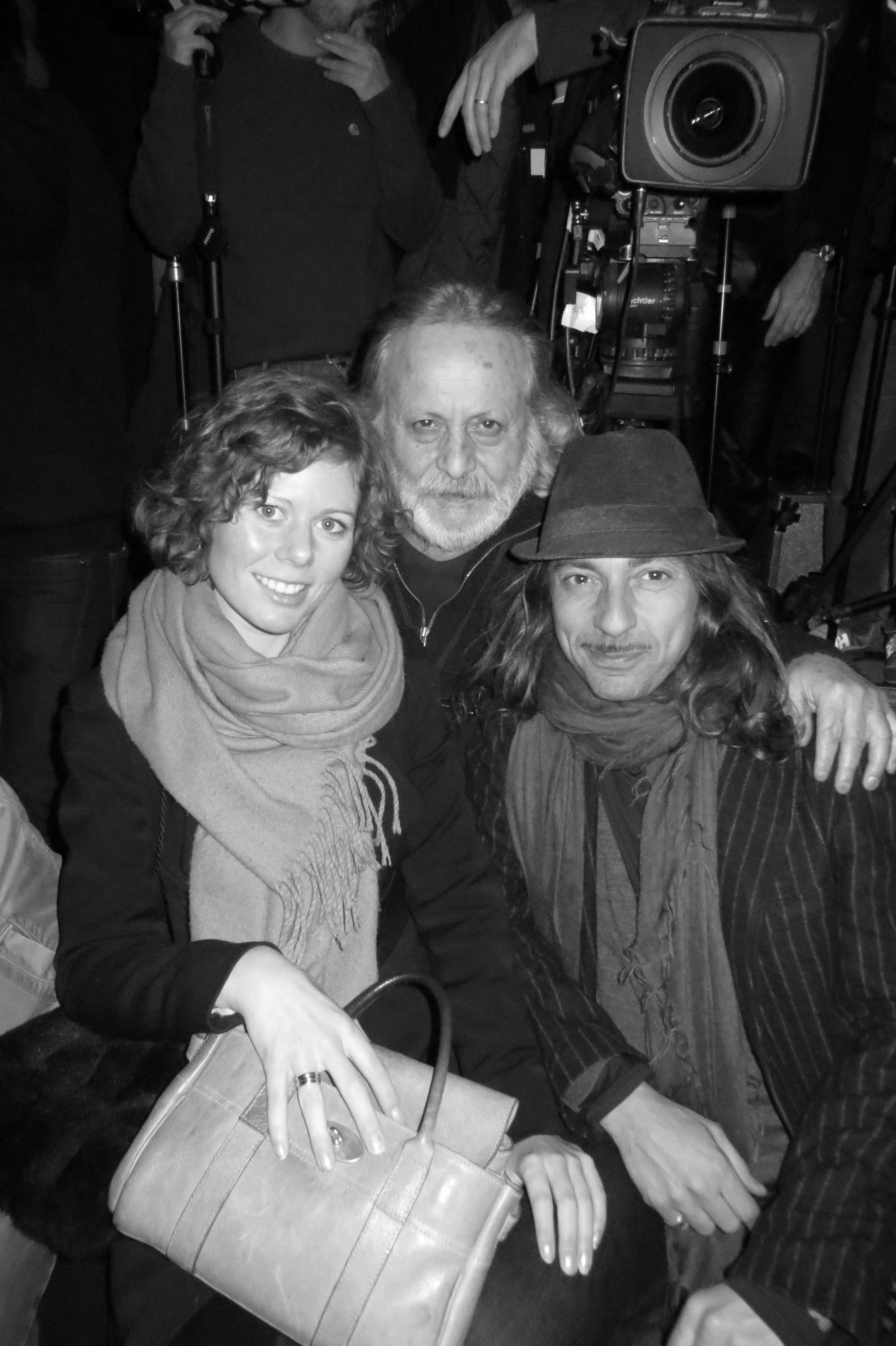 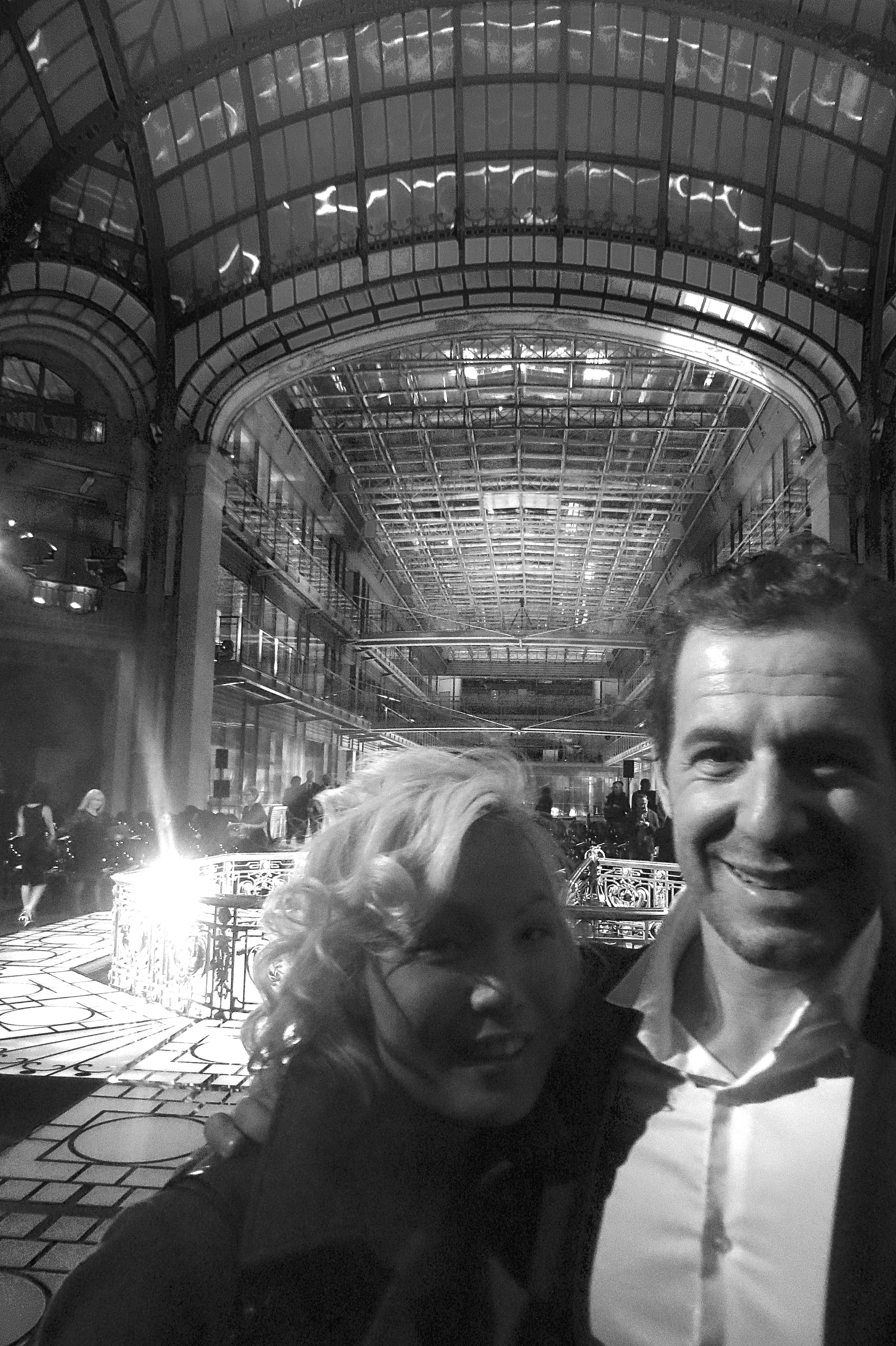 Amongst the guests was the american actor Kevin Costner: An icon that many people will remember for the 80s film: The bodyguard. Remarkable that he still looked just as good! 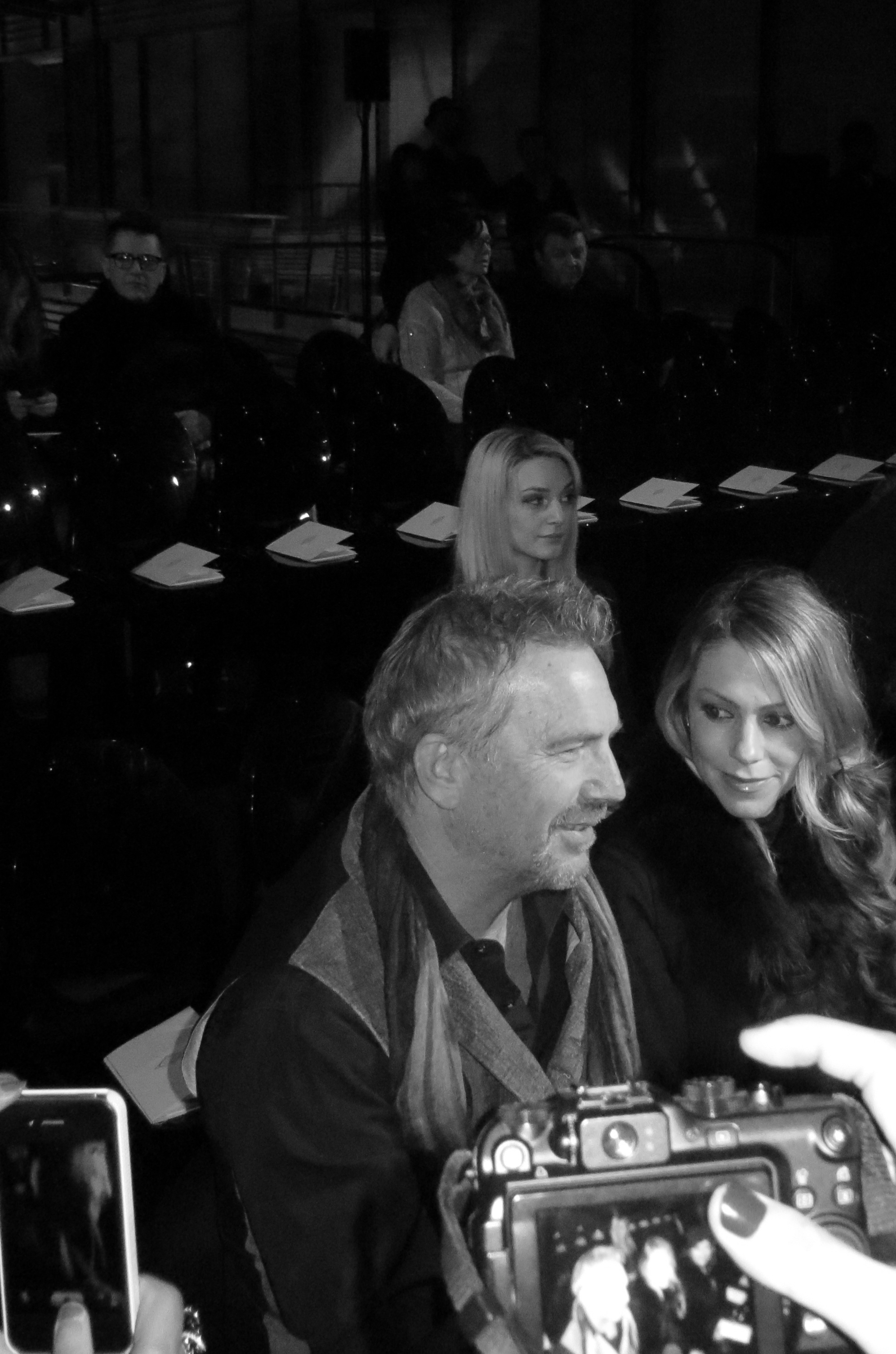 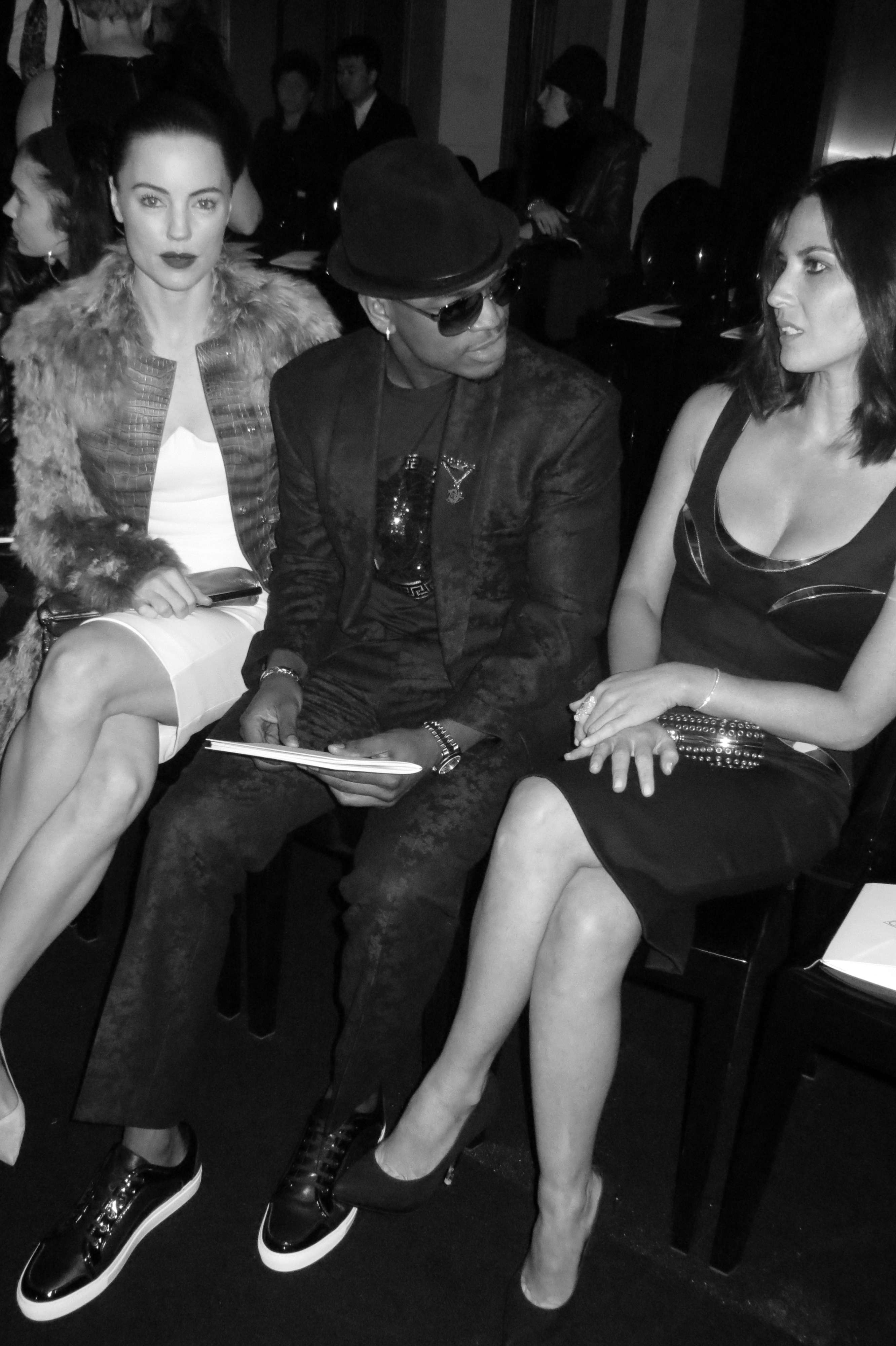 When the last guests had arrived, the show was ready to begin… and we saw:

A black anatomical dress with gold pinstripe. Graphic cut-outs of transparency that outlined the curves of the body. The look was complimented by a black fox fur shoulder piece, with gold metal embroidery emphasizing the shoulders. 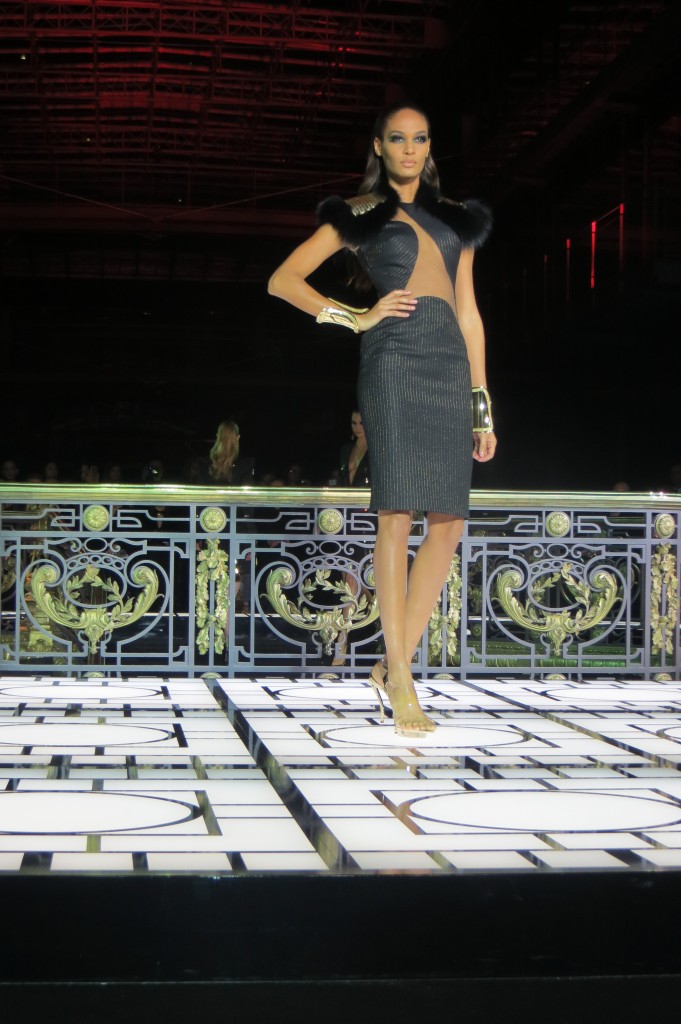 A trouser suit made from gold Japanese denim. Geometric cuts, embellished with gold metal embroidery that emphasized the shoulders and the cut of the trousers, creating a slum, sleek silhouette. The waist was clinched by a golden chain belt. 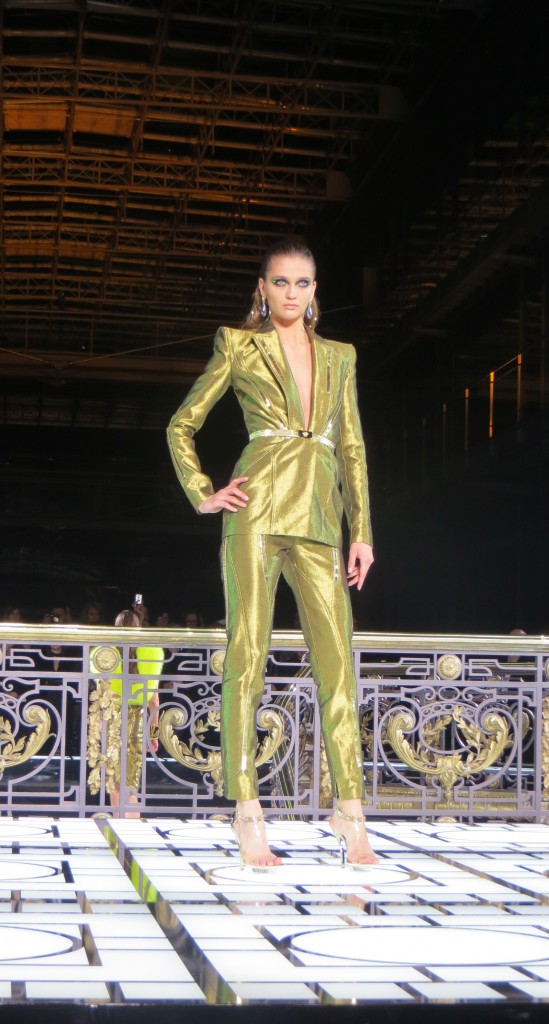 A Fluorescent yellow mini gilet. Alternating strips of mink applied onto a base of invisible tulle and mixed with borders of embroidery made in a geometric pattern of crystal, python and gold laminate. 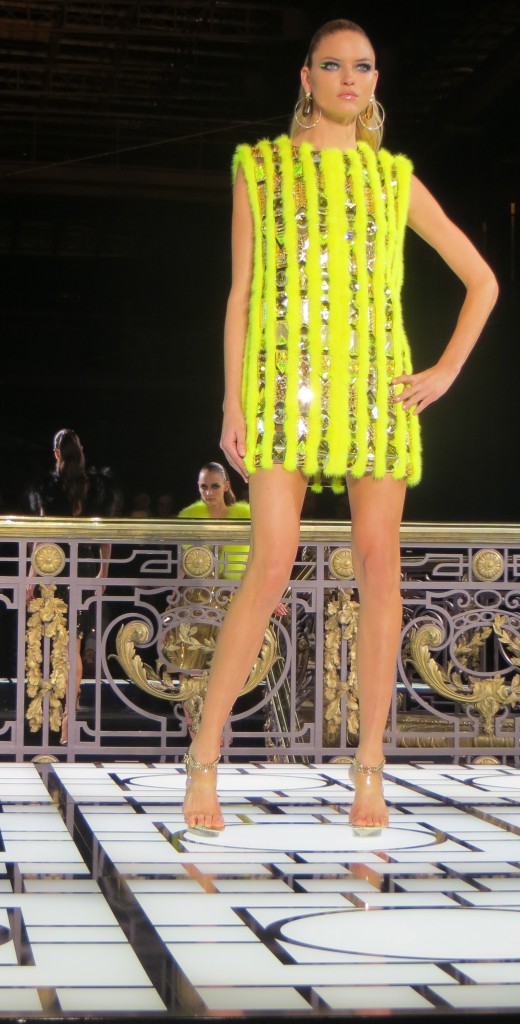 A Fluorescent pink fox fur gilet, woven by hand. A gold chain belt that emphasized the waist. A pink mini bustier dress was worn underneath. 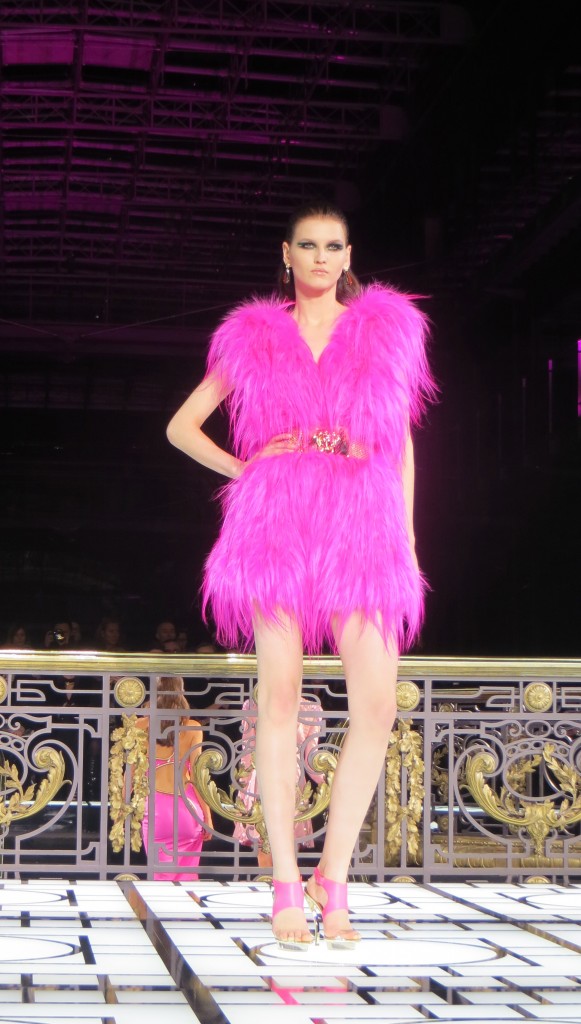 A mini dress made from fuchsia pink metal mesh. A panel of white silk chiffon with a glossy effect layered over the top. Leather tubes around the neck. 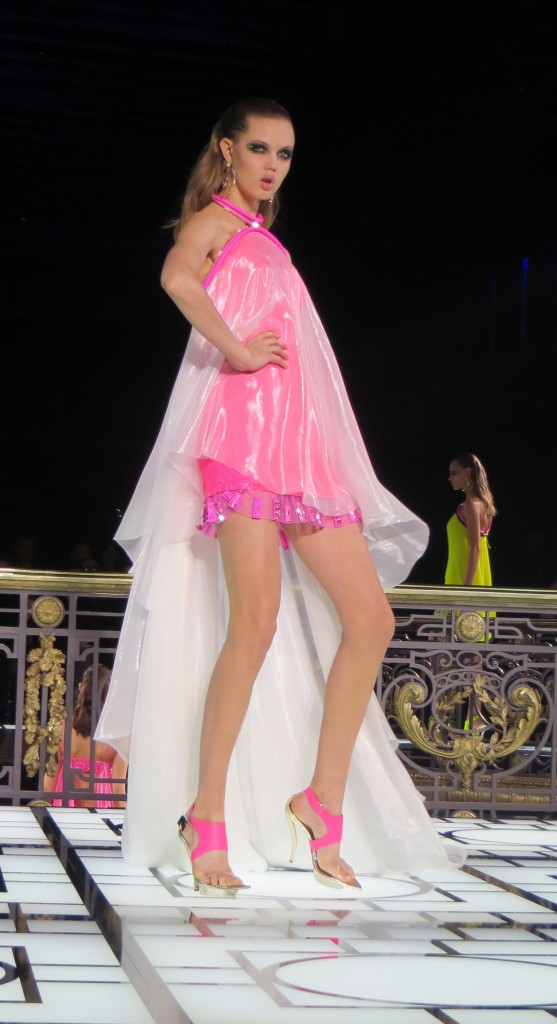 A baby doll evening dress in fluorescent pink. An embroidered band across the bust was embellished with pink crystals and mirrored elements. 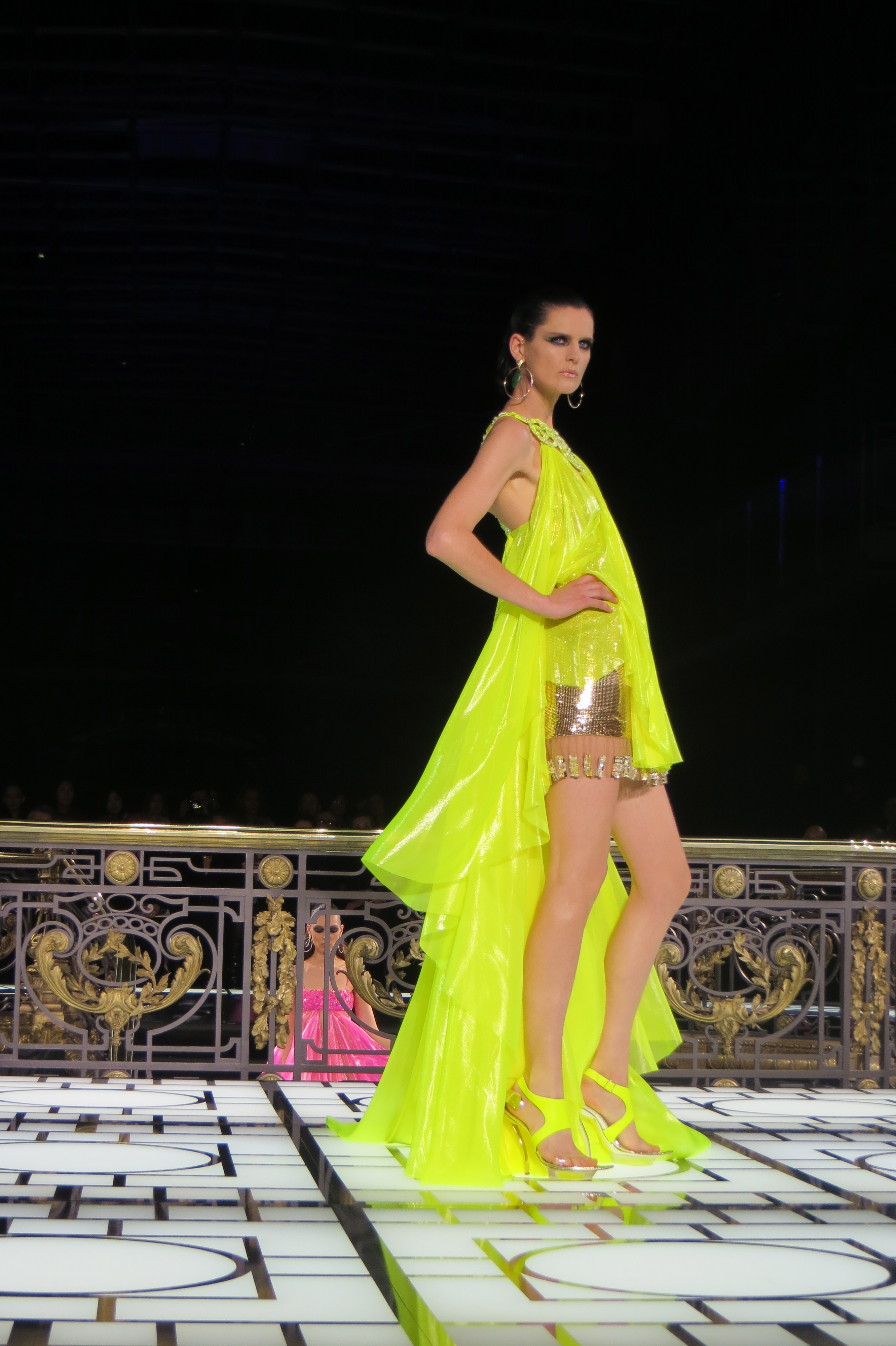 An amazing feminin collection – A must have next summer