Remark the great silicone technique used for this Haute Couture collection! I talked to some of the girls who helped with the creation of it. Read what they said here…

I really liked the opening of this show: The original choice of having violinists playing during the show… 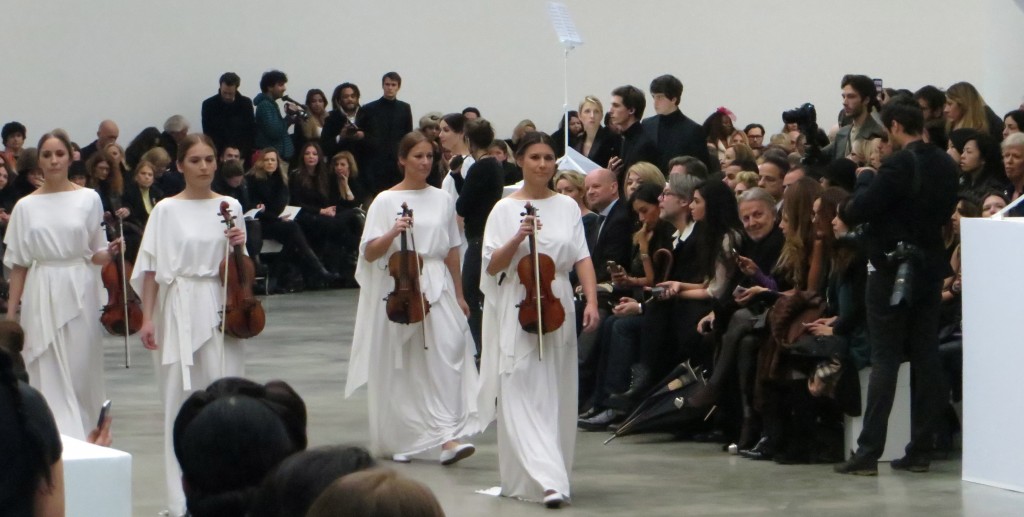 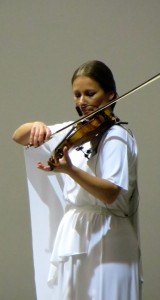 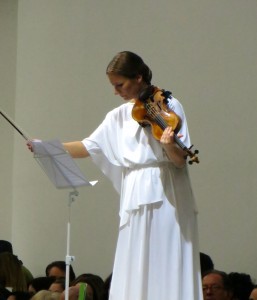 Before the show started I talked to Oriana Matthies and Shaina Mendelaw (designers)– both assistants of Tzuri Gueta (The man behind the great silicone technique used on several of the dresses).

They had been on the spot since 11am to help with the final retouches. The whole team of Stephane Rolland had been working non-stop since September in order to finish the collection: from about 9am – 9pm each day! 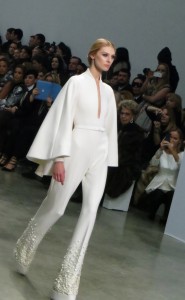 On the pictures below you see the great effect on the shoulders and on the green belt made out of silicone! A technique invented by Tzuri Gueta. 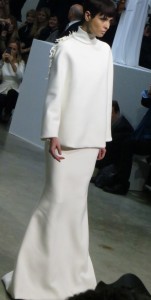 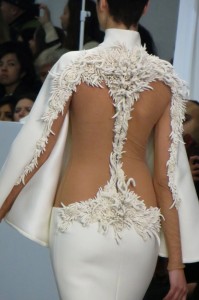 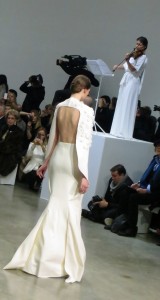 It had taken one week to finish the silicone-details for 8-9 of the dresses! They had been 6 persons to work on it.

I asked Shaina Mendelaw (Assistant of Tzuri Gueta, below, to the right) what luxury is to her? 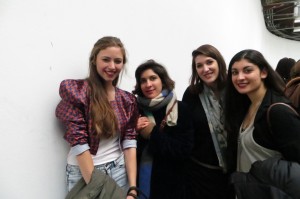 She said: “Luxury is something of high quality and value – something unique in the sense that it´s out of the ordinary. It is an extraordinary craftsmanship”.

Shaina herself wants to become an Haute Couture designer. She wants to create collections that make women feel special, visible and emphasize their natural beauty.

She has been working for Marc Ecko in New York and is now doing an Internship at Tzuri Gueta´s atelier in Paris! (Article about Tzuri: https://agentluxe.com/?p=1504)

Take a look at the rest of the beautiful Stephane Rolland Haute Couture 2013 collection below. I loved the visibility of the back. 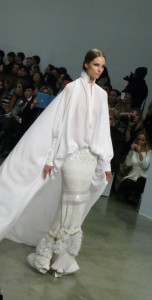 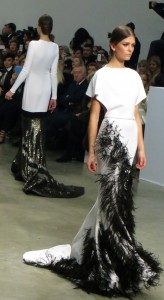 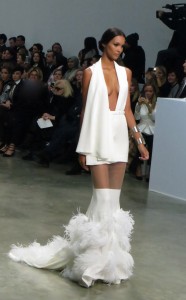 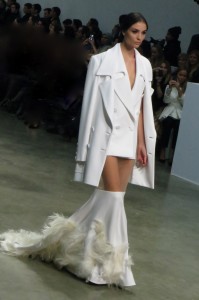 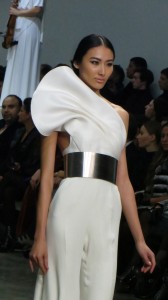 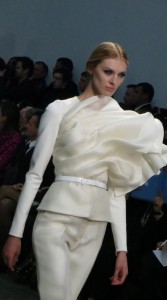 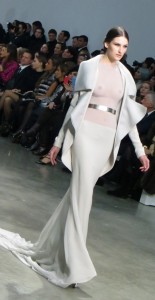 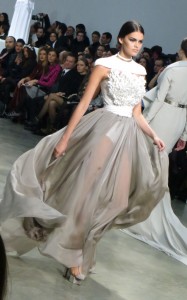 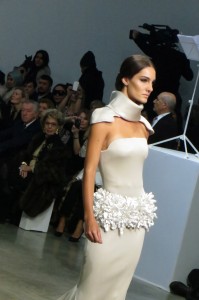 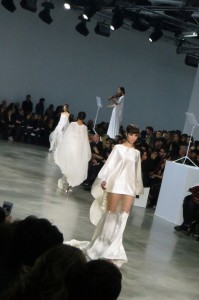 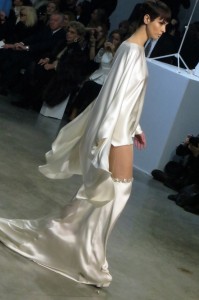 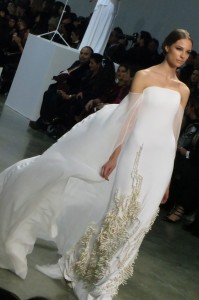 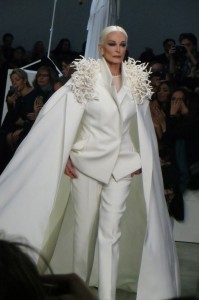 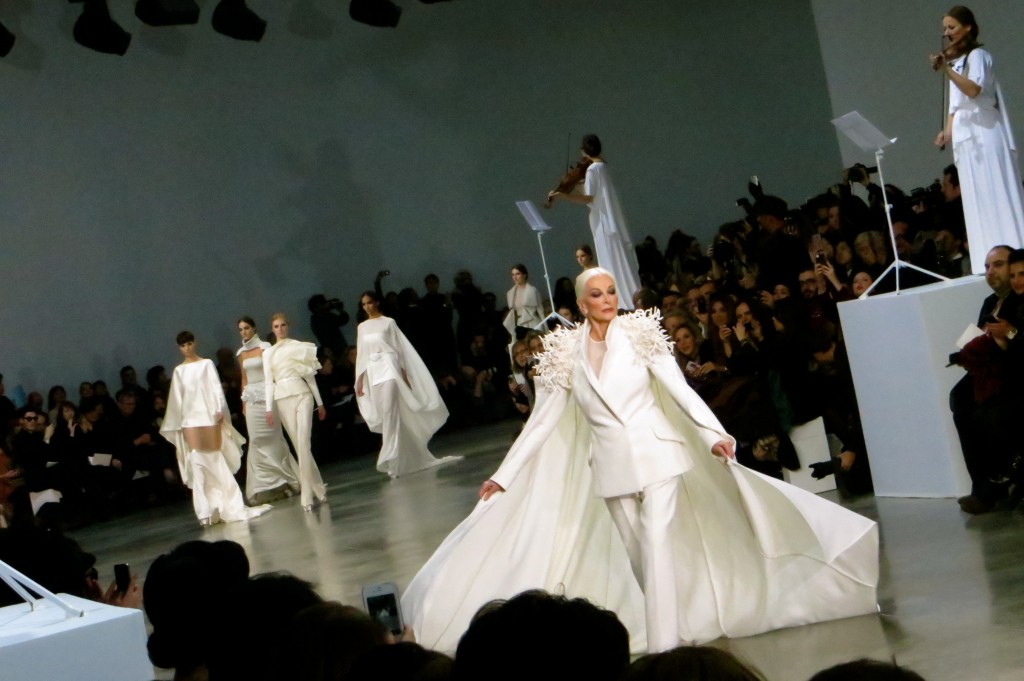 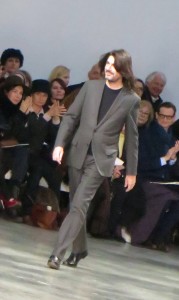 Oriana and the team were sooo happy once the show was over – relieved to see that everything had worked out just the way it should. To me it showed a lot of things: especially that behind the production of a runway picture there are hours of hard work: The work of creating something unique that will make women, all over the world, dream!