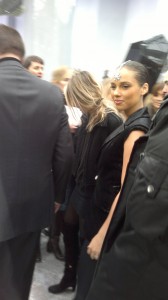 When Paris Fashion Week begins, a whole new world unfold; A world of new-composite colors, of fancy decorations and glamour. The invited are let into a closed universe where magic can be brought to life through the many unique creations and their surroundings. That is also what it was like attending this Chanelshow.

Outside the Grand Palais celebrities, journalists etc. had gathered in a crowd of people. They were slowly moving  forward, toward the entrance where guards and Chanel PR-staff were making sure, that everyone was either on the list or with an invitation in their hand. I was thinking how much patience and overview it must take to control that many people – and despite the hectic moment, they were still able to welcome the invited and politely rejecting those without an invitation.

When entering the giant doors, another set of doormen in suits were helping people finding their seats. It all showed great organization and perfection down to the slightest detail, some details even that discrete that you wouldn´t remark them. 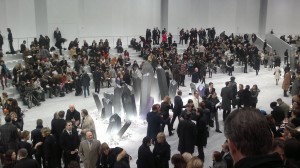 Once again Karl Lagerfeld and his team had succeeded in surpassing themselves, by creating a frame just as magnificent as last season, but in a different way. No wonder celebrities from around the world flock to Paris to see, and be seen, within this fabulous frame.  “La cream de la luxe” everywhere. 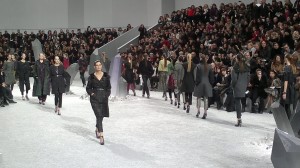 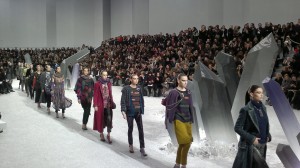 Every detail seemed considered…even the thousands of small glistening grains of sand on the ground must have had their raison… perhaps to give the effect of walking on the moon – or on the superman planet…while kryptonite came up through the sand. The decoration underlined the strength and the tones in the collection. 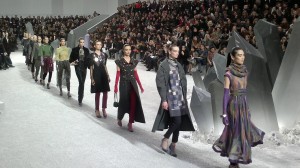 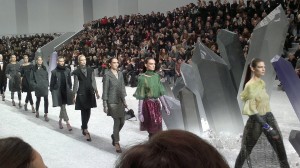 A recurring feature in this collection was the black marked eyebrows, and the tight colored pants with a matching colored shirt. 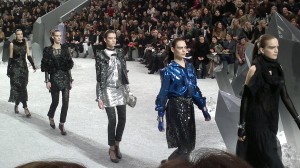 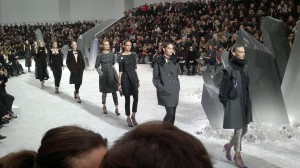 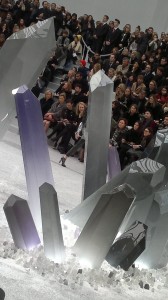 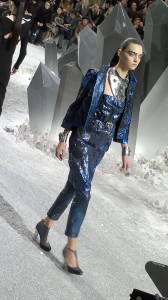 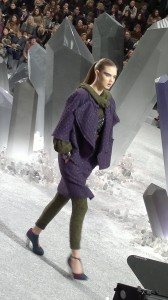 As I was sitting there admiring it all, I remembered the first time I saw a video from a runway in Gallery la Fayette.  I had the impression that a show would last for a long time. That´s why I was a bit surprised the first time I entered a fashion-show, discovering that a show in itself would not last for more than about 20-30 minutes. Afterwards the people attending it would soon be out of there.

I began to understand the hurry, when I discovered their tight schedule, and how short time was, when they had to be at the next show, in the opposite side of Paris, within the next half an hour. It became clear to me that attending several shows every day during the week could also make you quite tired in the end of the day, but in a good way. Sitting there now, all of this seemed obvious, but at that time it wasn´t…and at the same time that was one of the things what fascinated me; being able to discover slightly more about the fashion show-culture.

Back into the room, where photographers had gathered around the singer Alicia Keys to take some pictures. I also took some pictures of her and the other guests before going to the next show. 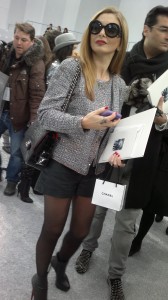 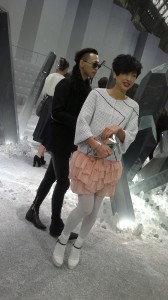 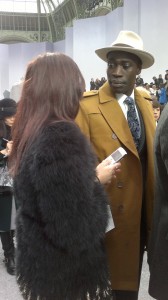 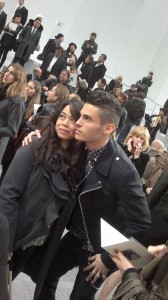 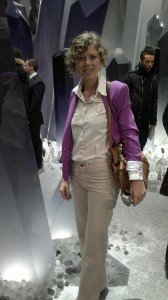