There are lots of different ways to get through the cosmopolitan. Transport-opportunities are many. Metro is easy, but if you want to enjoy the city, and fell like having a bit more sophisticated lifestyle, and not get annoyed by all the people, I would choose something more exiting. Like the Vespa!

It was Sunday. One of my Parisian friends; an artistic director for a big magazine in Moscow, had invited me out for a brunch. I arrived at his place, and saw him standing beside his red Vespa, ready to take me for a ride. It´s as if everyone in Paris have a Vespa-scooter. I see it everywhere, and I love it for a lot of reasons!

“Ever since Audrey Hepburn and Gregory Peck whizzed through the streets of Rome in the 1952 film Roman Holiday, the world has been infatuated with Vespas; those sleek, candy-colored two-wheelers which bring the scooter to a whole new level.”

But Vespas date back further than that first appearance in Hollywood.

He got inspired by the Nebraska-made scooters that American troops used as field transport during the war—namely to maneuver destroyed roads. Piaggio´s designer Corradino D’Ascanio worked to create a vehicle that would be easy for both men and women to drive, and that wouldn´t make their clothes dirty. The result was the Vespa: A scooter with a covered engine (hiding all of that grease and dirt) with a flat floorboard for easy on and off—especially for women wearing skirts—and a sleek windshield for protection. (That´s exactly what´s so convenient about a vespa – you can still arrive at a party without looking like a person who has just been crossing a tornado!)

Enrico Piaggio was giving the thumbs down on several prototypes, but he finely approved the MP6, a more aerodynamic model, and declared that its buzzing engine looked like a wasp; “Sembra una vespa” Hence the name.

To begin with, in 1946 in Milan, sales were slow for the Vespa. But once Hollywood gave the seal of approval, numbers soared. In 1960, two million people were scooting their way around the world. Of course, the company has gone through ups and downs and new models have been introduced over the years, but Vespa still ranks fourth in sales of scooters sold globally.” That´s what they write on ciaoialytours.com

Ever since we have seen lots of Icons driving vespa

I got on the Vespa, and we drove though the streets of Paris. I noticed buildings and streets that I hadn´t seen before, while the cool wind in my hair gave me a feeling of being alive! The Vespa is amazing. You can even do theater on it! 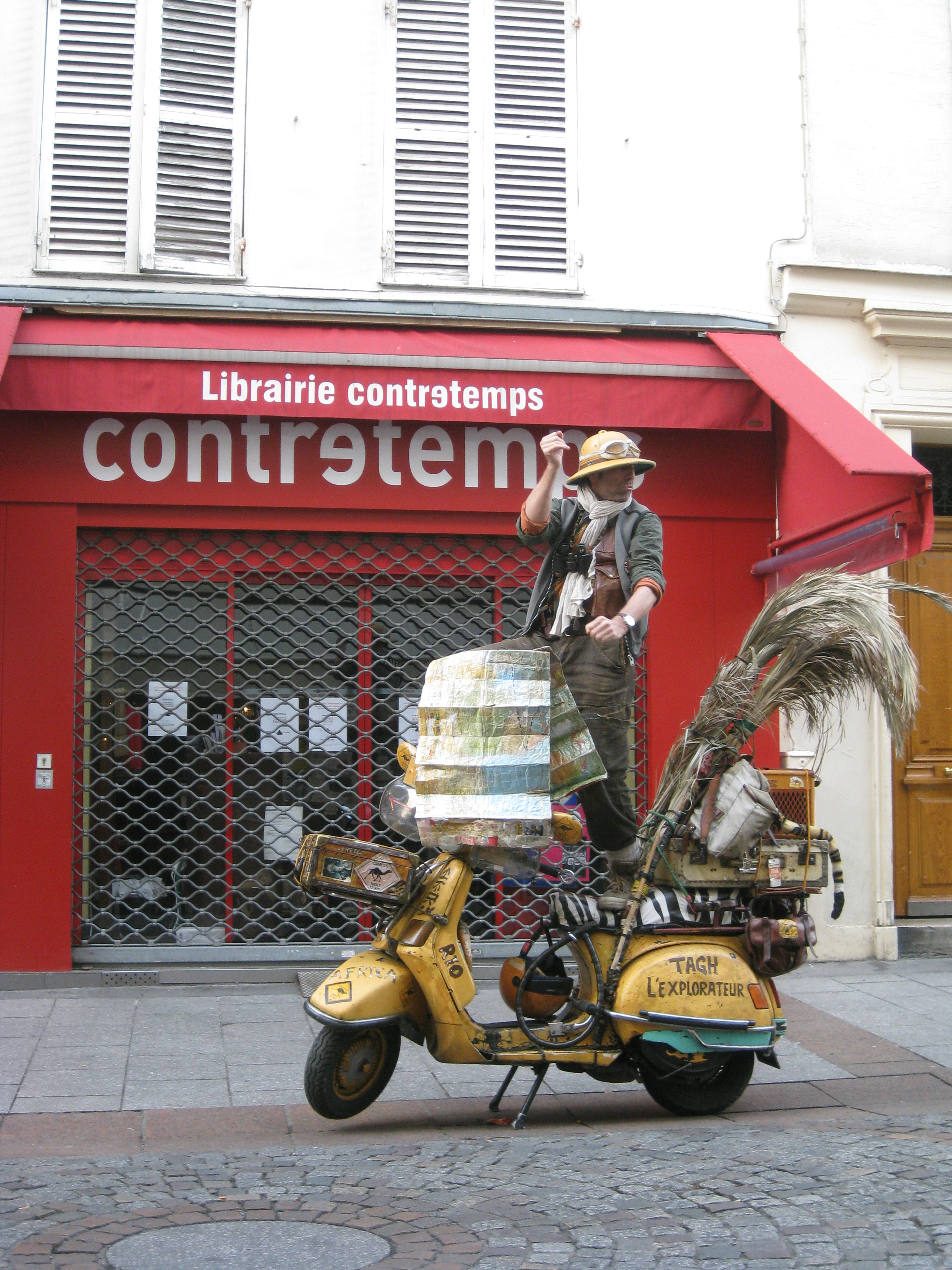